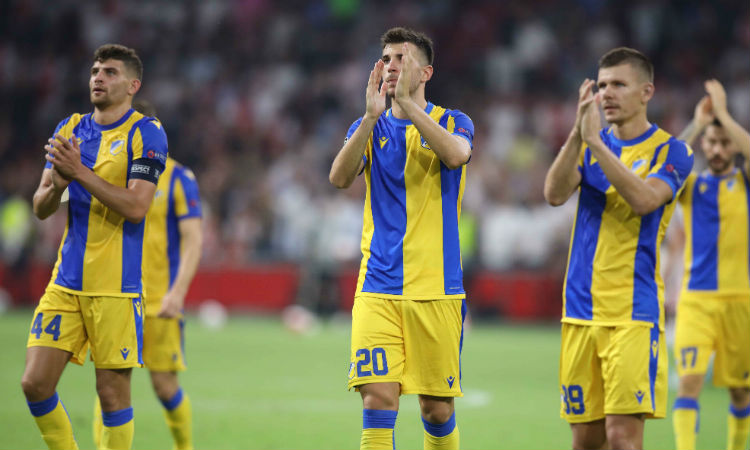 AJAX Amsterdam defeated APOEL Nicosia 2-0 at the Johan Cruyff Arena and progress to the group stages of the Champions League.

The Cypriot champions put in another solid defensive performance however did not create many opportunities to score which ultimately cost them a place in the next phase of the Champions League.

AJAX applied a lot of pressure to the Cypriots who tried to keep the dutch powerhouse as far from goal as possible but managed before halftime to get the opening with Alvarez who scored on his debut for AJAX.

In the second half, AJAX continued to pile on the pressure for the all-important second goal and managed to score with Klaas Hans Huntelaar but VAR decided that the goal had to be disallowed.

Moments later APOEL managed to equalise with Giorgos Merkis but his goal was called offside.

Dusan Tadic, in the end, doubled AJAX advantage and ultimately ended the tie sending APOEL to the Europa League the draw takes place on Friday.