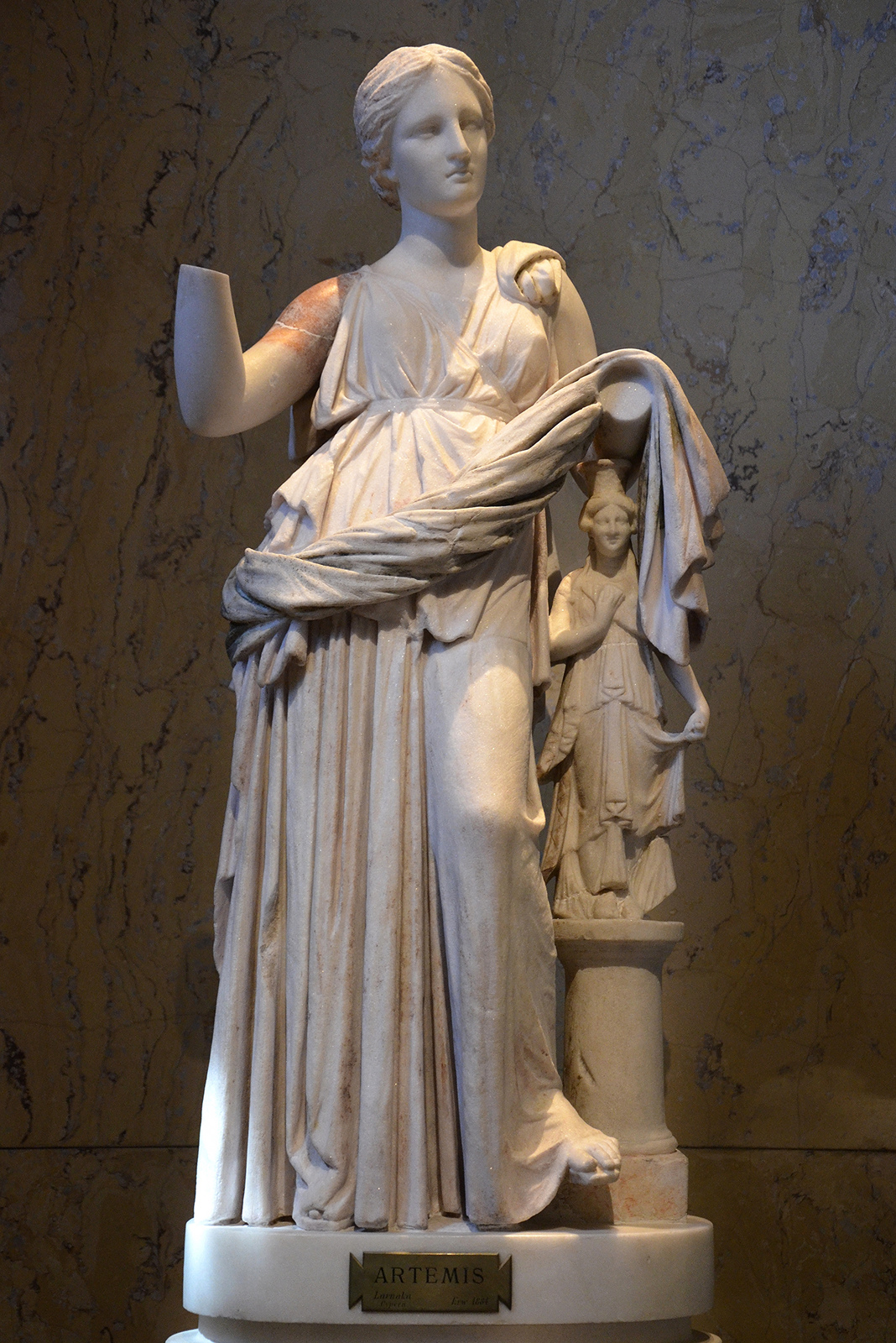 City of Larnaca is one of the most touristic parts in Cyprus. In the city as well as the surrounding areas, you can find many significant landmarks which make the city an exciting and interesting cultural center, full of exhibitions. 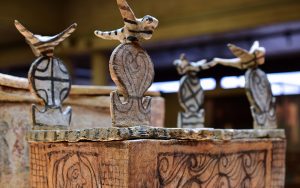 Archaeological Museum of Larnaca is also known as the Larnaca District Museum, and it has exhibits covering the Neolithic Age, the Bronze Age, the Iron Age, the Hellenistic and the Roman period.

A large part of the objects come from the Neolithic settlement of Choirokitia such as the burial where they have been literally dug up a grave and transferred it to the Museum.

Additionally, great exhibits include the huge jars used as storage spaces and come from the Neolithic settlement of Tenta in Kalavasos, the two sarcophagi with the bones and a lot more that present part of the history of our ancestors to every visitor. 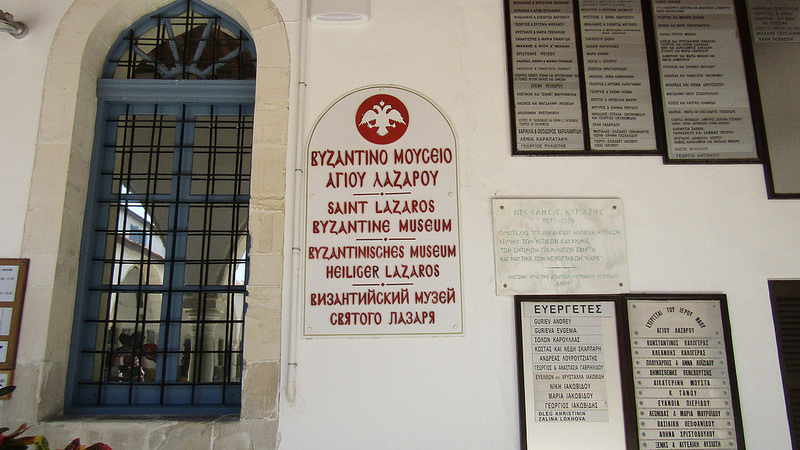 Invaluable Byzantine and post-Byzantine icons are housed in the museum today. Most of them come from the holy temple of St. Lazaros and some of the district temples from the Metropolis of Kition.

Exhibits also include ancient books and gospels, sacred vessels, candlesticks, wood carvings, sacred vestments and many other objects of the temple from the 16th to the 20th century.

Currently, the Byzantine Museum of St. Lazaros consists of five halls, covering an area of ​​145m2. 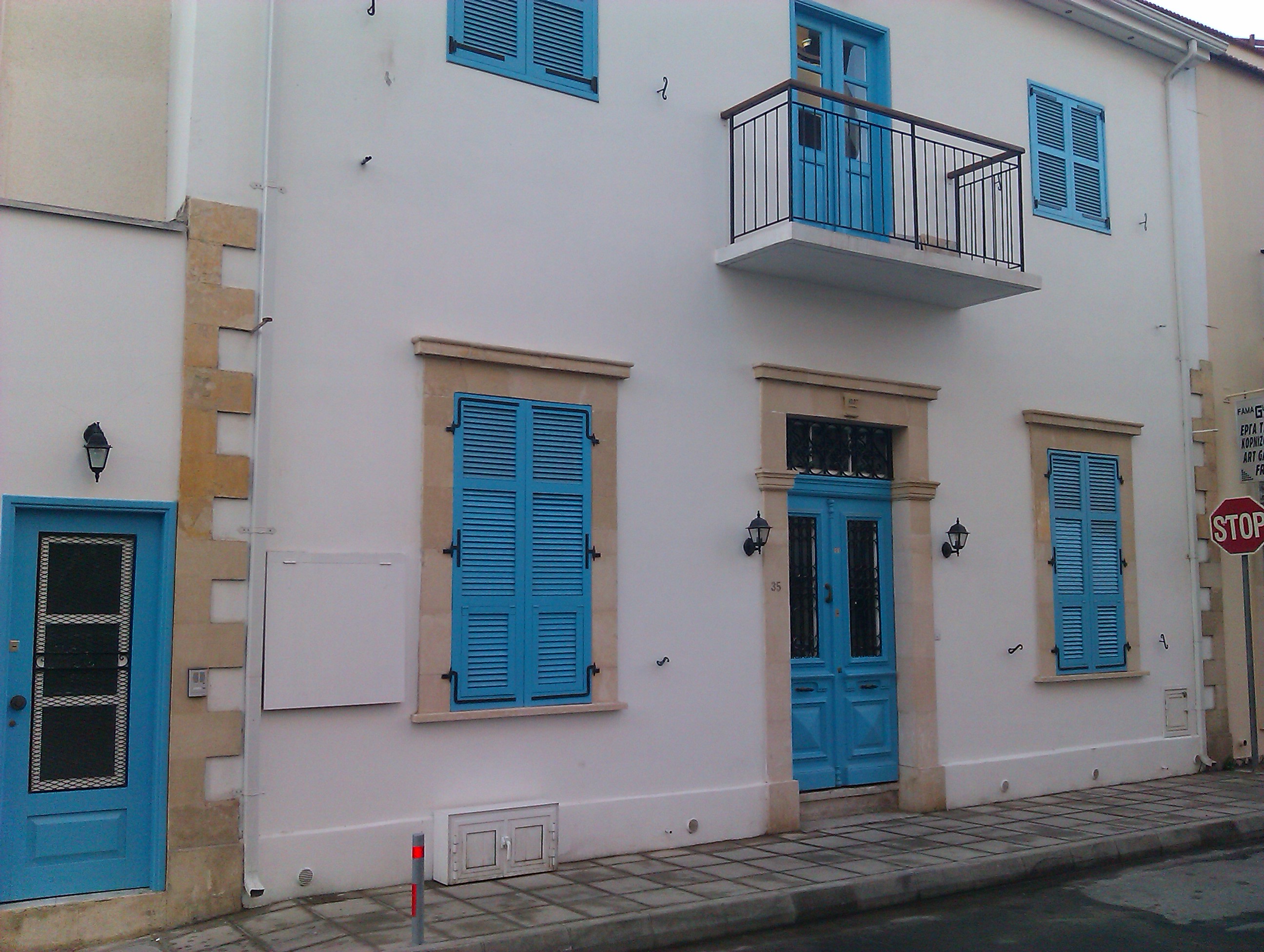 Housed in a traditional 1927 neoclassical mansion in the heart of Larnaca, Kyriazis Medical Museum hosts exhibits from Neoclis Kyriazis’ personal collection (1878-1956) and his father Antonios Tsepis (1843-1905).

Among the exhibits you can see old medical items, books and papers on the practice of Cypriot medicine and its history from antiquity up to the 20th century.

The main collection covers the period 1850-1950 AD. and belongs to the owner and his grandfather. Some of the Museum exhibits’ date back to ancient Roman times, and some more recent in 1980.

The Museum allows visitors to touch any object on the site. Free guided tours are available for groups after prearrangement. 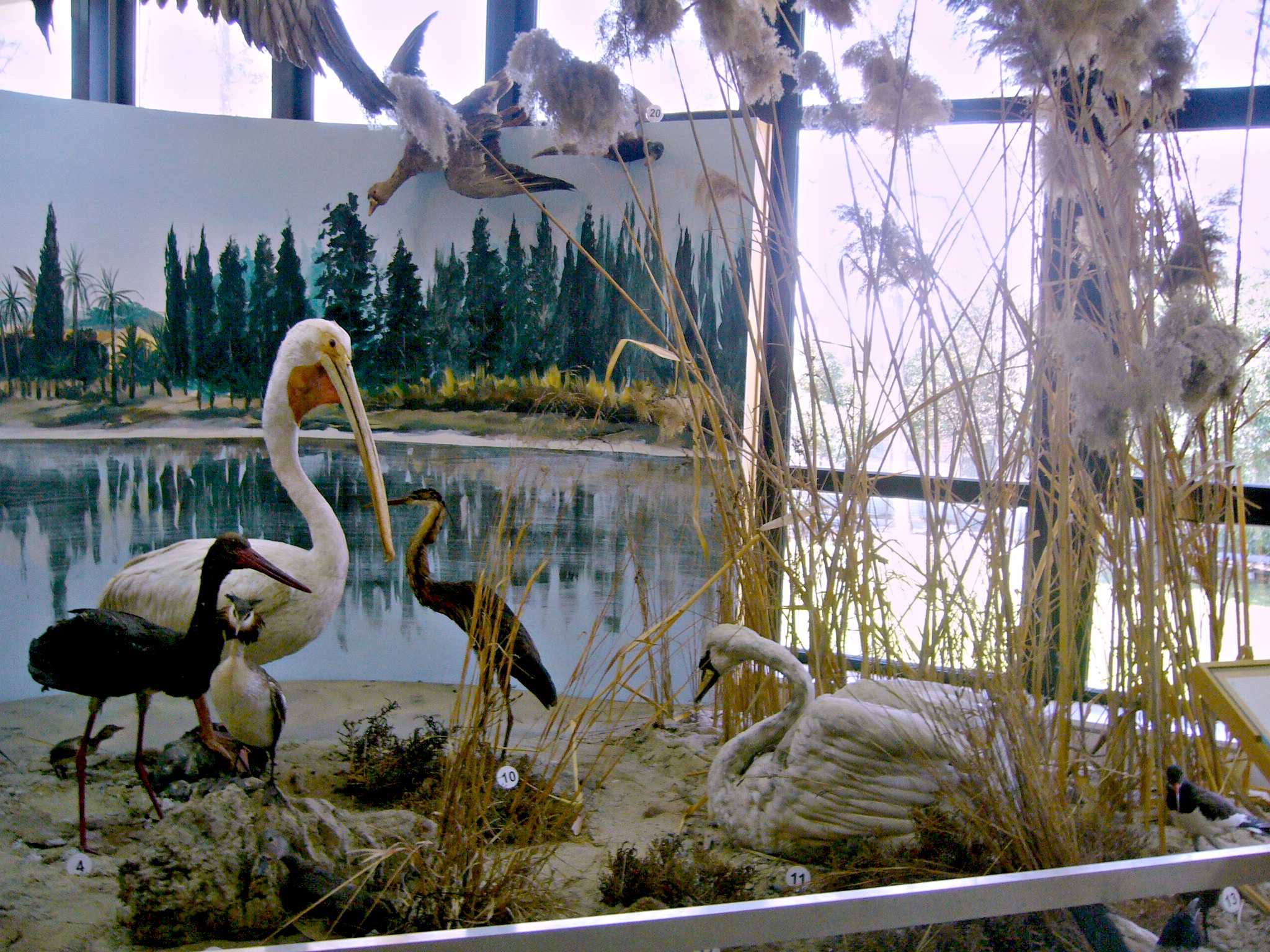 Larnaca Municipal Natural History Museum is located in the municipal gardens of the city and hosts a large number of exhibits from the rich flora, wildlife and geology of Cyprus.

The impressive feature of the museum is the vast collection of Cypriot insects which exceeds 6,000 and is the largest collection in Cyprus. The museum includes almost every species of birds, mammals and reptiles living in Cyprus.

During your visit, you can see the Cyprus flora, the marine environment and geology (including fossils of many million years ago). 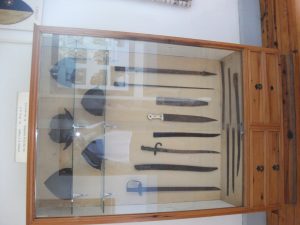 Larnaca Medieval Museum is housed at the entrance of the Larnaca Castle and consists of three rooms with objects from the Early Christian period, Byzantine and post-Byzantine times, the medieval and Ottoman times of Cyprus.

Visiting Larnaca Medieval museum is combined with the beautiful view of the castle roof overlooking the beach of Phinikoudes and Makenzy beach.

Housed in the home of the Pierides family, Pierides Museum is a colonial-style well-preserved 1815 mansion and exhibits the private collection of the owner which includes some of the most representative aspects of Cypriot culture throughout the centuries, with the exhibits covering 9,000 years of history.

Additionally, in the museum you can find the remarkable collection of old maps of Cyprus and the Eastern Mediterranean, as well as the award-winning collection of Hellenistic and Roman glass pots. 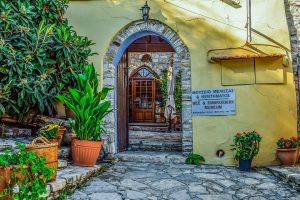 Bee Museum and Embroidery is located in Kato Drys village and is housed in a traditional, restored, 300 year old house, containing more than 1,000 exhibits of traditional tools from past professions.

The museum presents how the bee society operates and how honey, pollen, royal jelly and various wax products are made.

The Bee Museum presents the way of life and the jobs of the people of Kato Drys and the surrounding area, from the early years until the discovery of the machine. 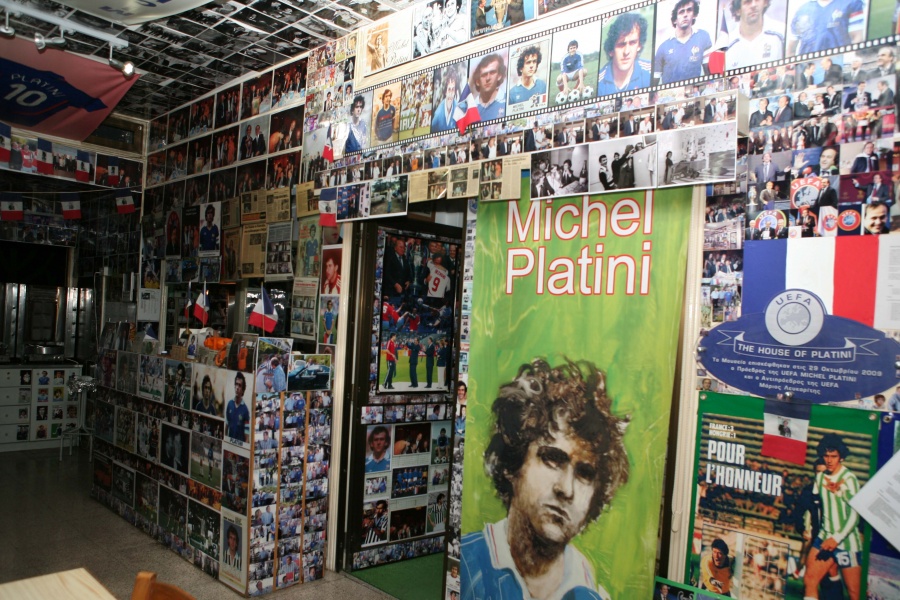 Claiming the Guinness record as the most complete soccer-souvenir museum, it hosts over 32,200 exhibits from the life and career of veteran French international football player Michel Platini.

Michel Platini visited the site in 2009, thanked the Cypriot founder of the museum and also donated the uniform he wore at the official UEFA events. 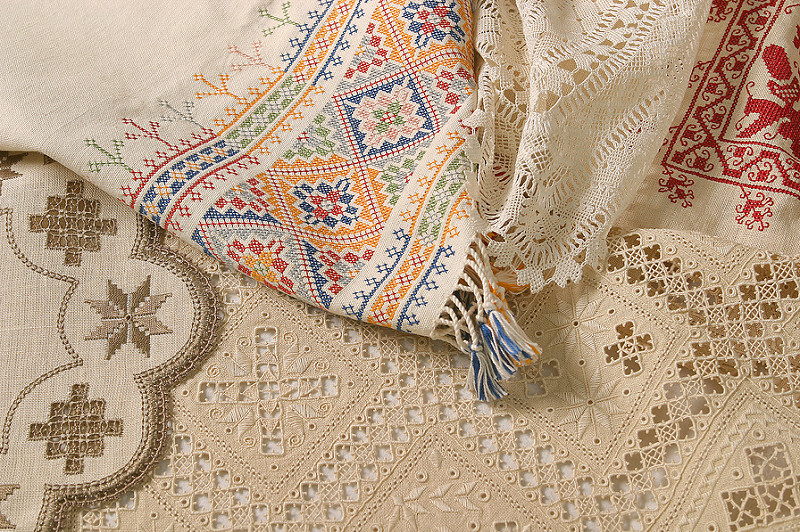 Located in the homonymous village and housed in a 19th century building, Lefkara Folk Art Museum is hosting some of the village’s most remarkable needlework, as well as 19th and 20th century furniture.

The furnishing of the rooms creates the atmosphere of a typical Lefkara mansion. The museum also presents traditional costumes, silversmiths and an interesting collection of “Lefkaritika”, the village’s world-famous embroidery.

Lefkara embroidery is a representative example of tradition in Cyprus and is included in the UNESCO List of Cultural Heritage as a place of great value. 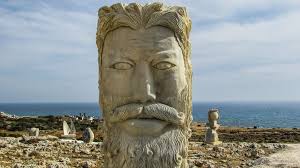 Petreon Sculpture Park, as the name implies, is associated with the Greek word “petra” (stone) and presents an outdoor sculpture exhibition with stone pieces of various sizes, work of the artist Savva Koulandros.

The park is located 22 km outside of Larnaca, in the seaside village of Mazotos

During your visit, you will see the Liasidious Amphitheater and Archontariki where various exhibitions are hosted and also a small stone chapel.