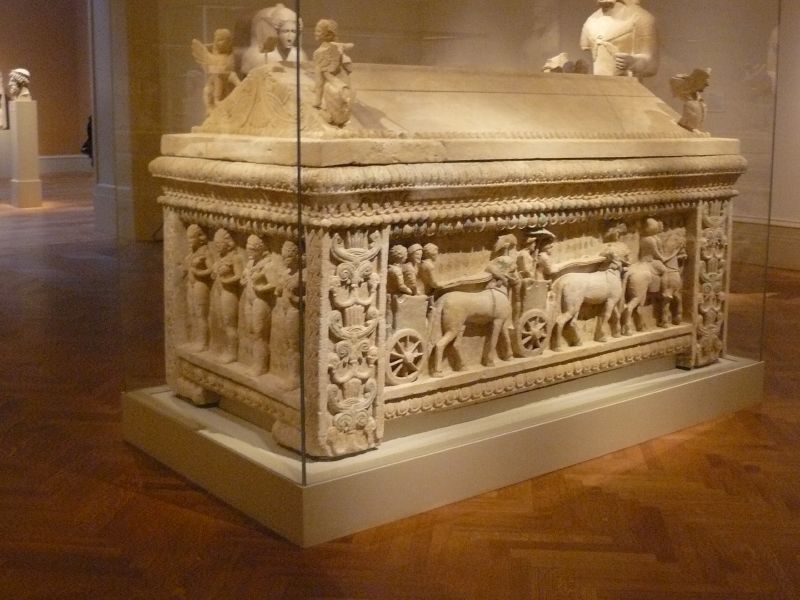 Limassol has many significant museums and each of them has its own unique exhibits and attracts numerous visitors every year. 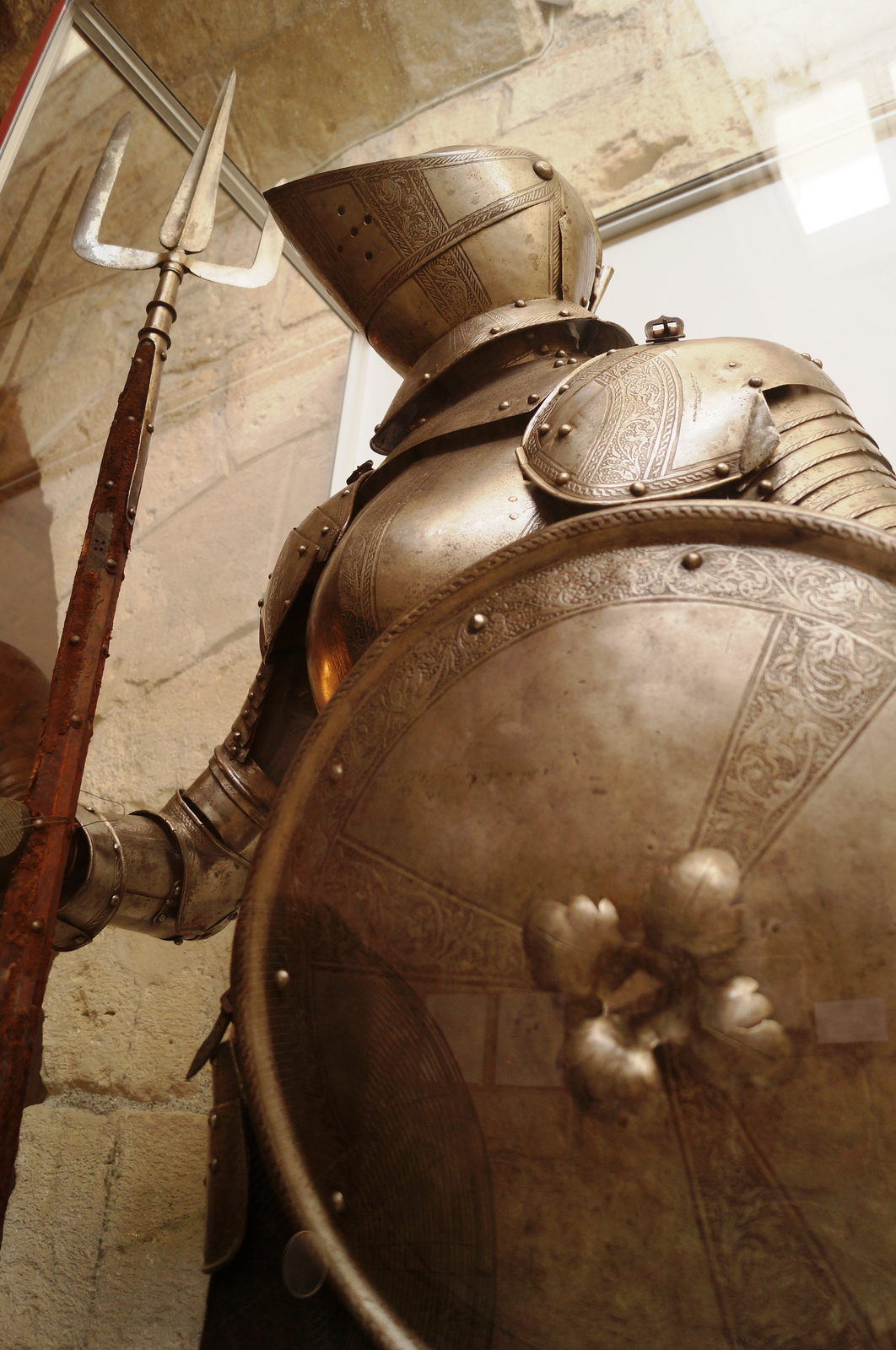 Cyprus Medieval Museum is located at the heart of the historical center of the city, opposite the old harbor.

Located within the Limassol Medieval Castle, it is undoubtedly one of the most impressive museums in Cyprus. Visitors travel back to the time when Byzantium left its mark on the glorious remains of Roman art and architecture and to learn about the time of the knights and much more.

Additionally the visitors can learn about the marriage of Richard the Lionheart with Berengaria (the only royal marriage in the history of England outside Britain), and live the experiences of the Middle Ages in Cyprus.

This is a great museum and the only one in Cyprus. It is located near the center of Limassol and presents the history of theatrical activity from the ancient theaters of Hellenistic and Roman times until 2010, divided into three themes: “history”, “coefficients” and “performance”. 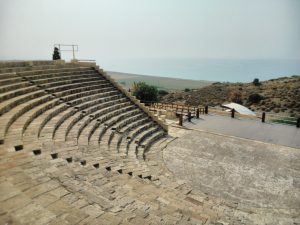 Archaeological Museum of Kourion is located in the center of Episkopi Limassol and is housed in a two-storied mansion in 1937.

The two exhibition areas of the museum contain antiquities from various archaeological sites of Limassol.

The museum has two halls, with findings of the ancient city of Kourion, the Sanctuary of Apollo Hylati, the extensive necropolis of Agios Ermogenis and the early Christian basilicas of the area. Note that it is part of a house built in 1937 by George McFadden, who led the archaeological research in the greater Kourion area. 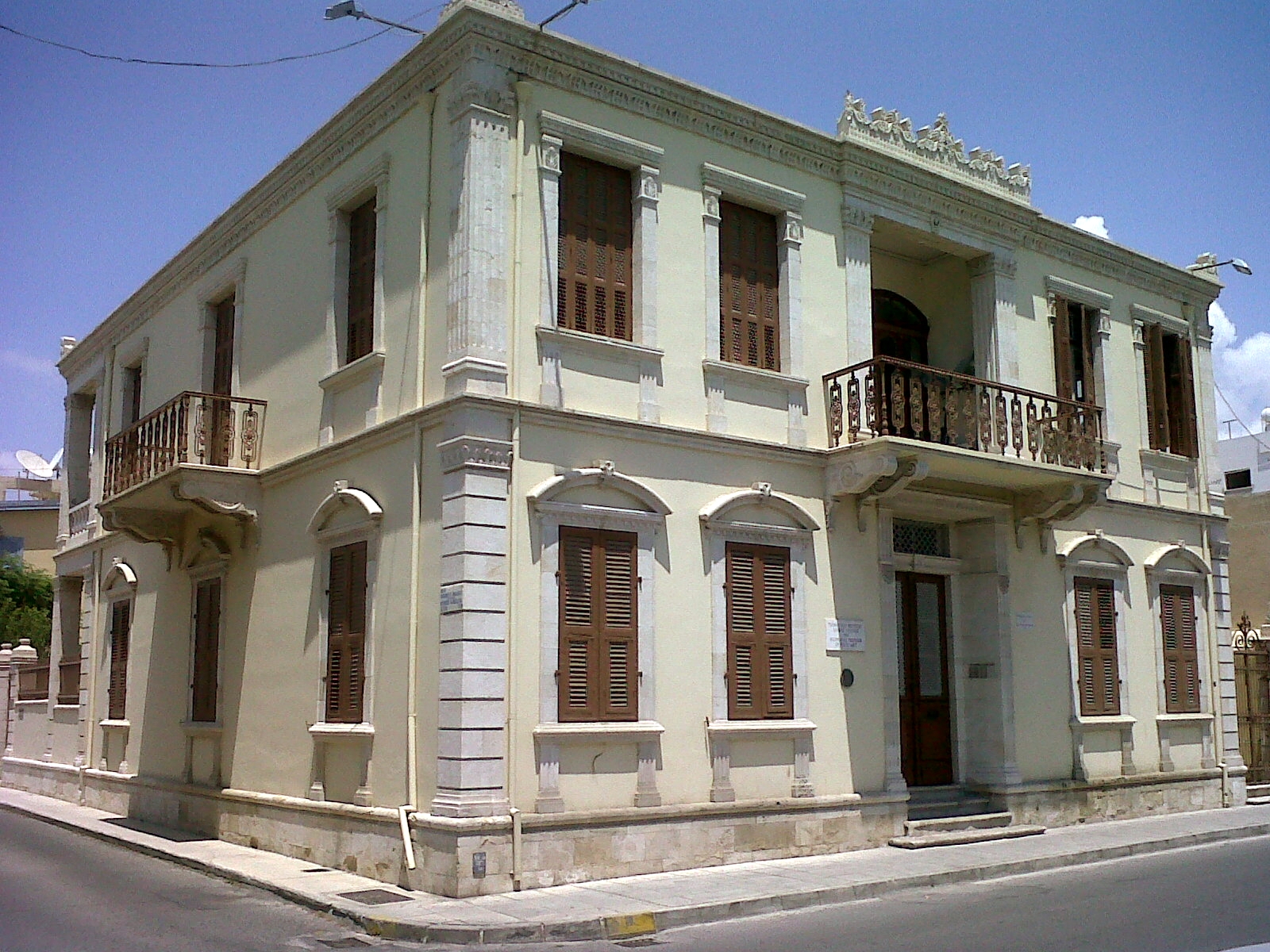 Municipal Museum of Folk Art is located in a beautiful restored building of urban architecture on Andreou Street in Limassol.

In its premises there are collections of Cypriot folk art and handicraft from the late 19th to the early 20th century.

The Municipal Museum of Folk Art opened its doors for the first time in June 1985 and now has 6 halls exhibiting a rich collection of national costumes, carpets, embroidery, necklaces, furniture as well as wood-framed chests, chests, mirrors and many other decorative objects. Note that the collection of vests is one of the most beautiful worldwide.

In 1988, the museum earned the Europa Nostra Prize for its gorgeous exhibits. 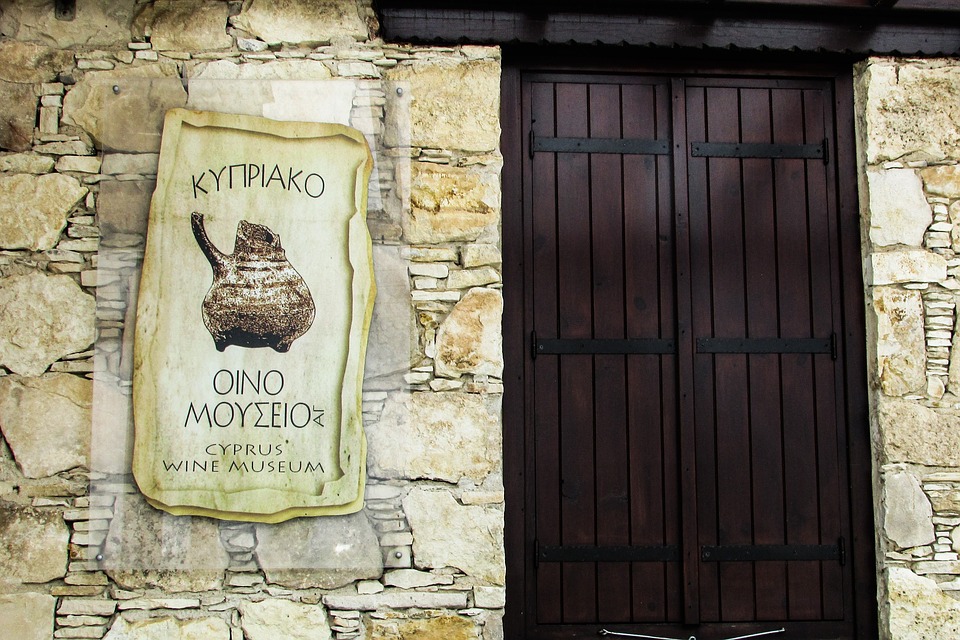 Cyprus Wine Museum is one of the most beautiful and fully organized museums of the island.

The museum is located in Erimi in Limassol and is housed in a 150-year-old stone building which originally was an inn for wine merchants from the Limassol and Paphos wine-producing villages.

The museum owner, Anastasia Guy, created a fantastic collection which presents the wine production process, from antiquity until today and resulted in the museum being awarded by the European Museum Forum in 2008. 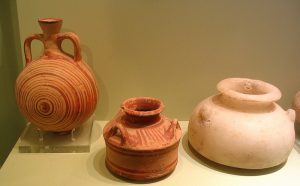 Limassol Archaeological Museum is located near Limassol city center and it is one of the oldest museums in Cyprus. Its finds are divided in 3 categories, representing all the important historical periods of Cyprus history, from the 10th millennium BC. until the end of the Roman period.

The findings were discovered in the kingdom of Amathus, settlements and cemeteries from the city and the province of ancient city of Limassol.

Museum of Historic and Classic Cars 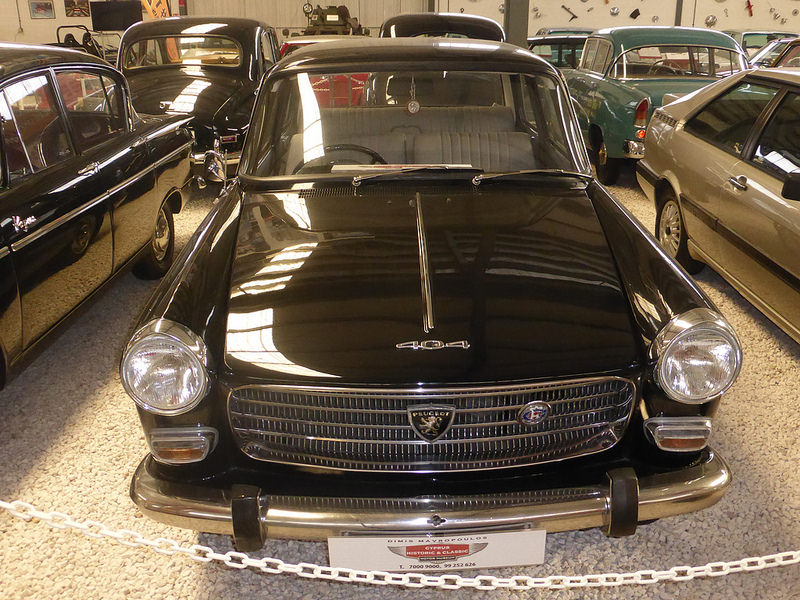 The museum of Historic and Classic Cars is one of the most remarkable and well organized museums on the island and is located just outside the city of Limassol, in Ipsonas municipality.

The museum is now a reality due to the efforts of the International, European and Cypriot rally races veteran, Mr. Dimy Mavropoulos (who also created the Club of Historical and Classical Vehicles of Cyprus).

Some of the exhibition cars have great cultural and emotional value for Cyprus, for example, the superseded Presidential Cadillac built by the US government for Republic of Cyprus president Makarios III in 1977, and the famous Green Mini by Mr. Bean with the well-known lock on his side and his teddy bear, as well as the 1973 Rover P5 used by British Prime Minister Margaret Thatcher. 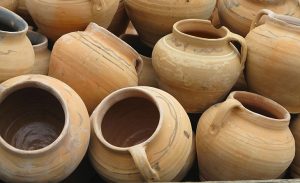 Pilavakio Museum is located in the center of Phini village, is considered as one of the most illustrative museums and is housed in a 16th-century building owned by the Pilavakis family, known for their occupation lifelong love for pottery.

The museum was founded by Theophanes Pilavakis, who renovated the house in the 1980s and is adorned with the world’s largest 2,000L pithari, built in 2004 by him and which is candidate for the Guinness Book of World Records.

Olive Oil Museum Oleastro is a multipurpose site in Anogyra and is probably the only olive theme park in the world. It was created in 2006 to honor the olive trees that have nurtured the Cypriots for thousands of years.

The museum is divided into two thematic sections, the historical course of olive and olive oil up to the present day and the technology of olive oil extraction including its role in the economy.

The site consists of a small theme park, cafeteria and restaurant, a pony farm and camels as well as an organic olive oil production plant.

Hambis Printmaking Museum is a unique sculpture museum, first of its kind and is located in the village of Platanisteia just outside of Pissouri.

The exhibition space shows the entire historical process of engraving, techniques, materials and works of various creators, including more than 3,000 works of all techniques dating back to the 16th century to, with origins in Europe, Asia, Latin America, the US and Australia.

In a separate hall, you can find Hambis works, while two rooms host periodic exhibitions. 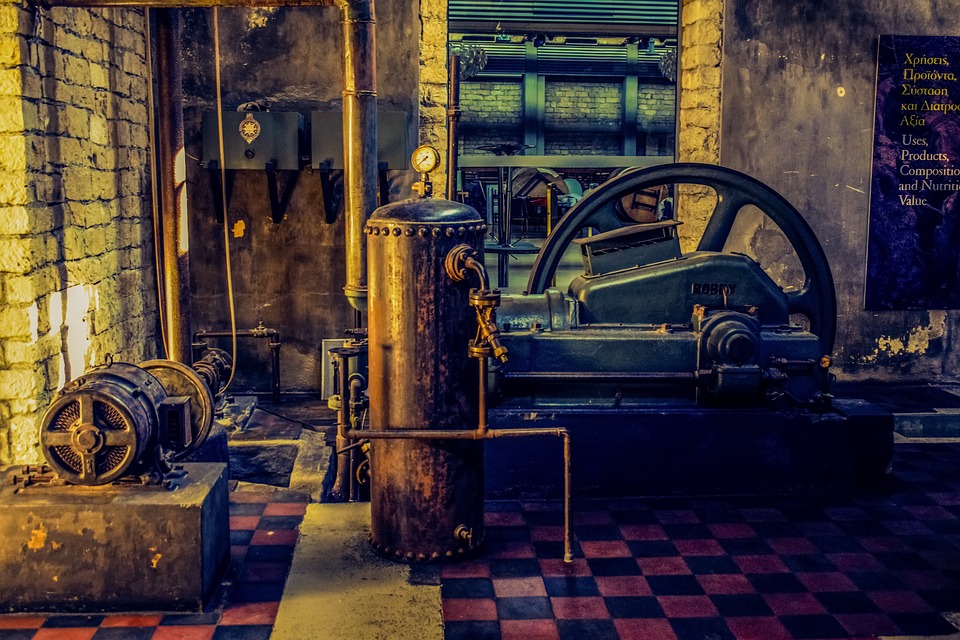 Next to Limassol Castle and in the heart of the tourist center of the city, Lanitis Carob Mill museum is housed in one of the largest preserved industrial buildings on the island. In the late 1800’s the building used to be a warehouse which later turned into carob and fertilizer store.

It was efficiently refurbished in the beginning of 2000 to combine the authentic atmosphere of the past with modern aesthetics. Carob Mill is a complex with 3 different sections used for various activities (exhibition grounds, restaurants and more). In the middle of the building, there is the restored mill machine.

The facilities of Lanitis Carob Mill are included in the top tourist destinations from all over Europe, and were awarded by the European Cultural Tourism Network (ECTN) within the framework of the Sustainable and Cultural Tourism Awards 2015.

The awards are highlighting tourist destinations across Europe, which maintain and promote important cultural heritage sites in the country. 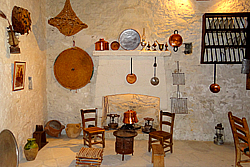 Folk Art Museum is housed in a traditional 19th-century house in the center of the Arsos village, founded in 1997 by the Community Council and the Community Development Association of Arsos.

In the museum you have the opportunity to see the locals’ traditional way of life, as well as tools, furniture and utensils which were used for viticulture and other professions in the past.

There are well-preserved utensils and tools aiming to present the customs of the Arsos community, as well as the rich cultural heritage of the wine villages.

In the front of the house there is a tall stone wall with a sculpture which leads you to the stone-built courtyard and the shed, where you can see tools and materials related to the vine and wine like a cauldron for zivania, plows, baskets, and much more are exhibited.

The Museum is ideal for hosting various exhibitions, such as painting, photography and more.