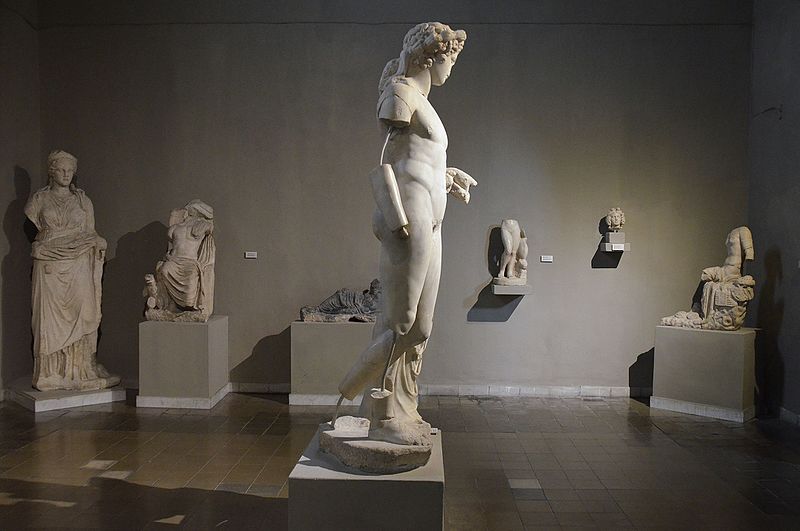 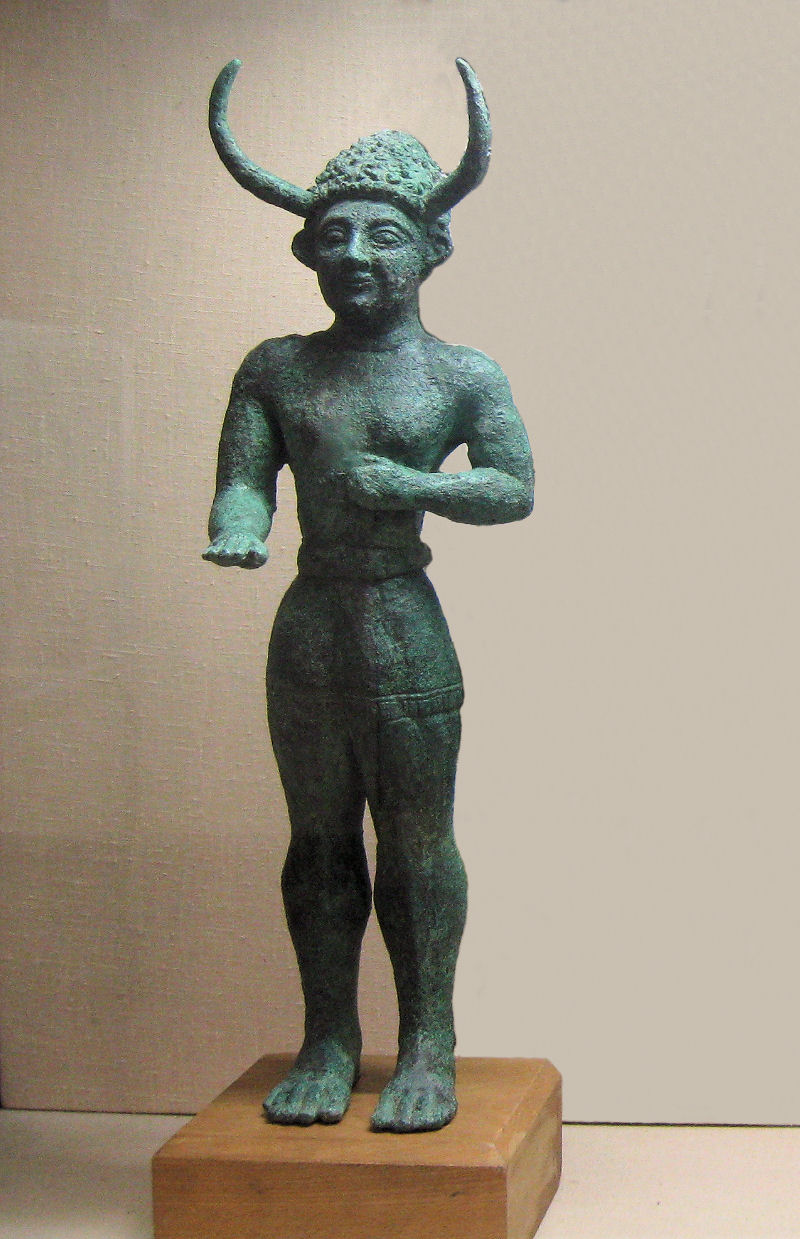 Located in the museum street in the Nicosia city center, Archaeological museum of Cyprus is the largest of its kind on the island, exhibiting findings from prehistoric times to the early Christian period brought to light by various excavations.

The Cyprus Archaeological Museum was built in 1908 and is dedicated to its memory Queen of England, Victoria.

The museum consists of fourteen chambers, including warehouses and maintenance areas for the findings.

The exhibits of the Museum are classified based chronological and thematic order.

In the Archaeological museum of Cyprus you can see findings from the earliest periods of human presence on the island since the 10th millennium BC, until the Roman period. 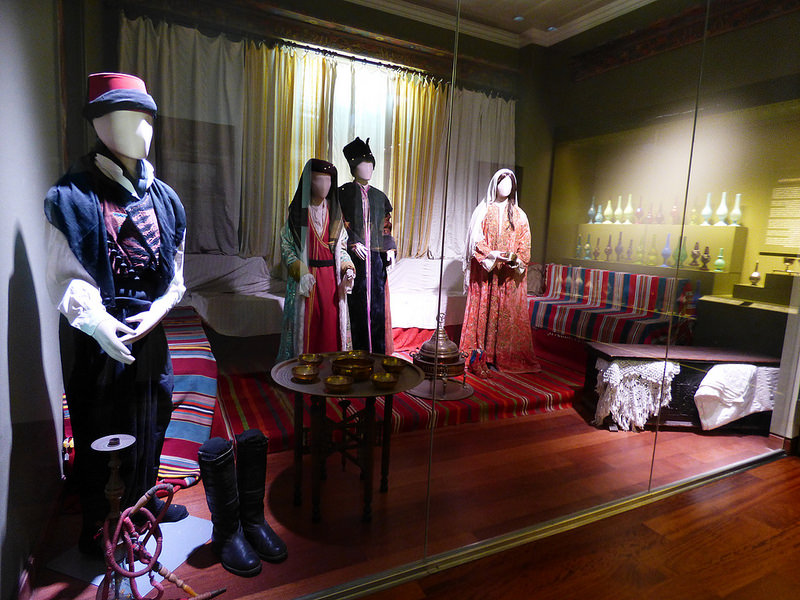 Leventis museum is located in Nicosia old town, in Ippokratous Street and is considered to be the best historical museum in Nicosia.

The Museum, founded in 1984, was named after the Leventis Foundation, the donor of the collections and buyer of the renovated building in which the museum is housed. The management of the Museum belongs to the Municipality of Nicosia.

The museum has a rich collection of exhibits such as archaeological findings, traditional costumes, photographic material, objects of medieval pottery, maps, engravings, jewellery and furniture. The Museum houses a permanent exhibition of various art galleries, while it’s also facilitated appropriately to host temporary exhibitions from other museums and institutions from Cyprus and abroad. 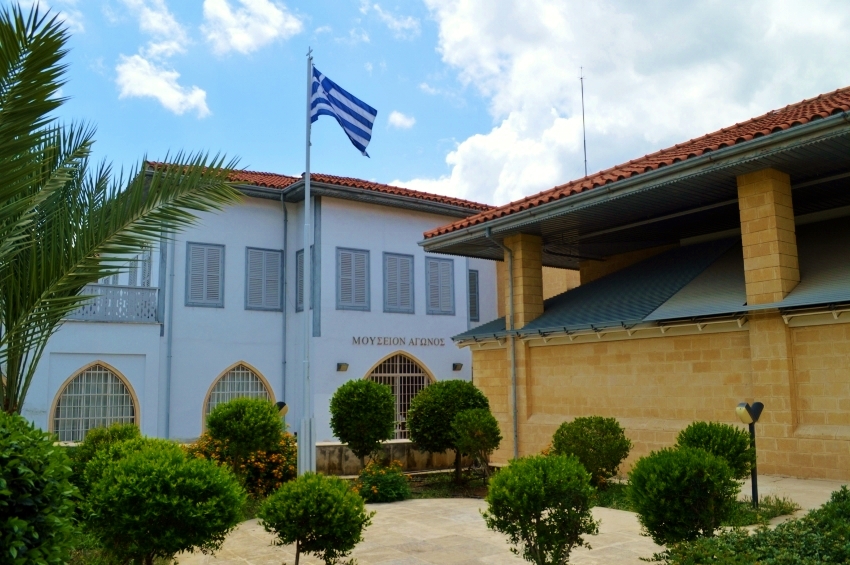 Being the largest and richest museum, the National Struggle Museum is dedicated to the independence struggle and the sacrifice of the Cypriot patriots.

Located in the old city, the museum offers an illustration of the conditions of the war, the difficulties and the courage shown by the Cypriots facing a superpower in the name of the freedom.

Discover the whole story of the EOKA (National Organization of Cypriot Fighters) members’ struggle against the British and see war objects even weapons and bombs.

The museum also presents the reaction of the British forces with the imprisonment of EOKA members in 1956.

The private collection of the collector Andreas Nicolaou is located in the old Nicosia and specifically at Granikou Street, exhibiting more than 150 motorcycles.

For motorcycle lovers a visit to this museum is absolutely essential. In the museum you will find exhibits dating back to 1914 – 1983 and we guarantee that many of them will excite you.

Some of the motorcycle brands are: BMW, Norton, BSA, Moto Gussi, Royal Enfield and many more.
There are several old motors in the collection; however you will also see many military ones, mainly from the Second World War. There is also a true treasure of old photographs in the museum’s collection.

The museum shows the evolution of technology and the cultural heritage of Cyprus.

Museum of the History of Cypriot Coinage

Museum of the History of Cypriot Coinage is the only one in Cyprus and is located in the Nicosia city center and more precisely in Faneromeni Street.

The beautiful and modern space housed in the Bank of Cyprus Cultural Foundation building, includes over 500 coins divided into 9 chronological periods, from the first coins that were issued on the island in the 6th century BC, a period dominated by the kingdoms of Cyprus even after the 1960 Republic of Cyprus proclamation.

By studying the currencies of Cyprus, visitors can discover and learn many aspects of ancient Cyprus, since behind a coin lays an entire historical world.

Find Museum of the History of Cypriot Coinage 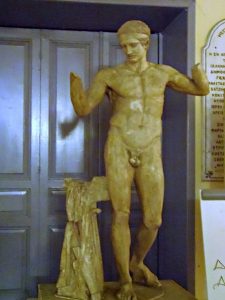 The Museum of Pancyprian Gymnasium is the exhibition grounds of the homonymous school, the oldest secondary education school in Cyprus, located in the capital, at Thiseos and Agios Ioannis street.

The exhibits are donations and financial grants of graduates of the school, benefactors or other institutions.

They are presented in 12 state-of-the-art halls in glass display cases, supported by proper illumination. 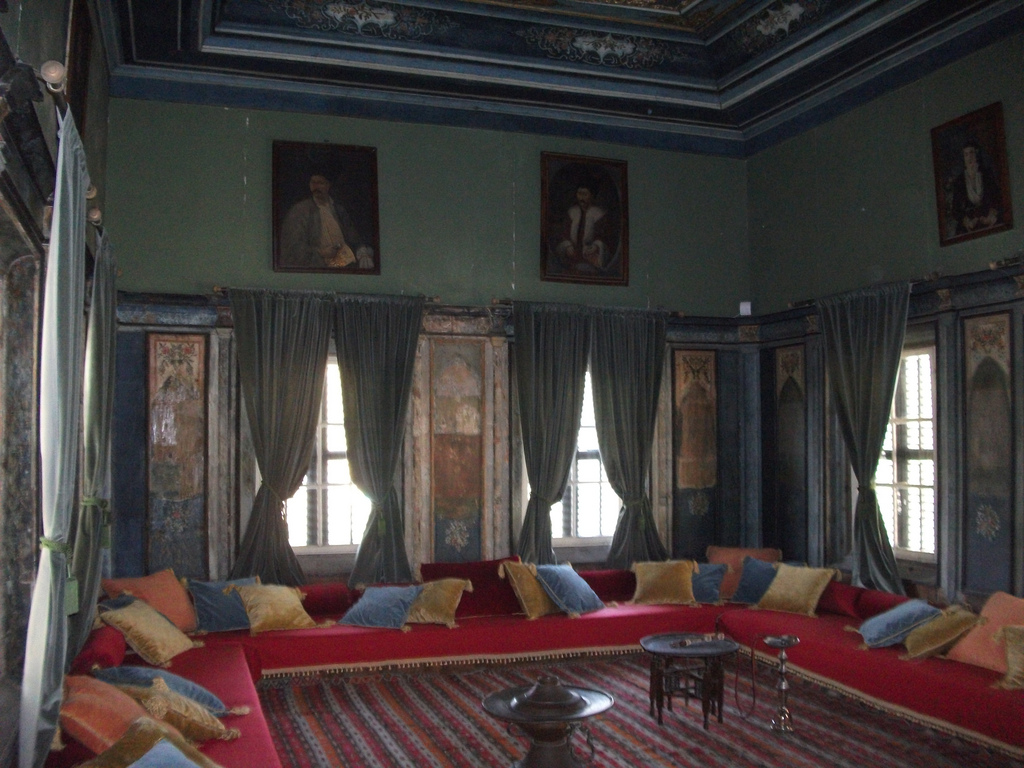 House of Hadjigeorgakis Kornesios is located in Nicosia, on Patriarchos Gregoriou Street, currently being the most important example of urban architecture of the 18th century Turkish domination.

It was the house of the Dragouman (interpreter between the Christian population and the Ottoman governor) Hadjigeorgakis Kornesios and his family with the six children who lived there between 1793 and 1808.

The ground floor was acquired by the Department of Antiquities in 1949 and three years later, in 1952 the government bought the western wing. The northern and eastern wings were acquired in 1979, with the death of Julia Picki, who donated the furniture and the mansion with the desire to become a museum. In 1998, the museum was awarded with the Europa Nostra Award for the restoration of the museum. 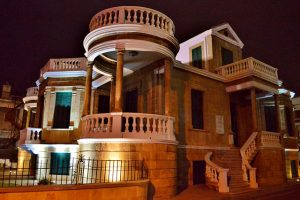 State Art Gallery of Contemporary Cypriot Art is located in Nicosia, at the corner of Stassinos Avenue and Crete.

Very close to the heart of the capital, the gallery is housed in a beautiful restored neoclassical building and is considered to be one of the most important cultural treasures of the island.

At its premises there are paintings and sculptures of Cypriot artists of the 20th century, highlighting the evolutionary course of Cypriot art.

The Municipal Cultural Center of Nicosia 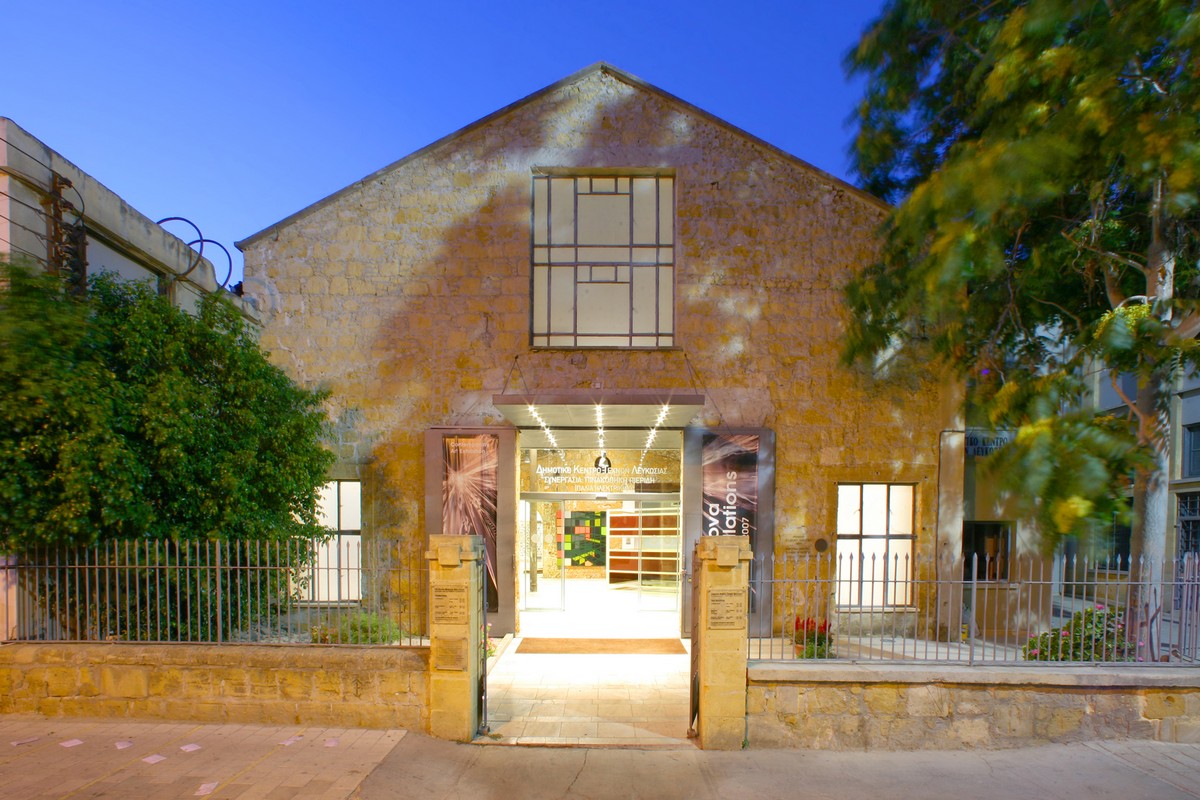 Municipal Arts Center (NiMAC) is considered an excellent example of industrial architecture, which, after its restoration in 1994, was awarded the Europa Nostra Prize.

The aim of the Center, which is the oldest and largest center of its kind on the island, is the promotion of fine arts in Cyprus.

The Center consists of a large exhibition area, housed with rare and special publications for art lovers, and also presents a large number of exhibitions of modern and contemporary art with the participation of well-known artists from Cyprus and abroad. Many of these exhibitions were organized in cooperation with museums, art centers and cultural institutions in Europe and other countries.

The Georgiou and Nefeli Collection of Giabra Pierides was donated to the Bank of Cyprus Cultural Foundation in 1999 by Cleo and Solon Triantafyllidis and the Museum was established in 2002.

The rich collection of more than 600 findings covers a long period of Cypriot archeology from the Early Bronze Age (2500 BC) to the Medieval Period (16th century).

It includes unique samples of Mycenaean pottery and representative samples of ceramics from the Geometric, Archaic, Classical, Roman and Medieval periods, clay statuettes, an important collection of stone sculptures and seals, jewellery, coins and bronze objects.

The presentation in the museum is done in both Greek and English. 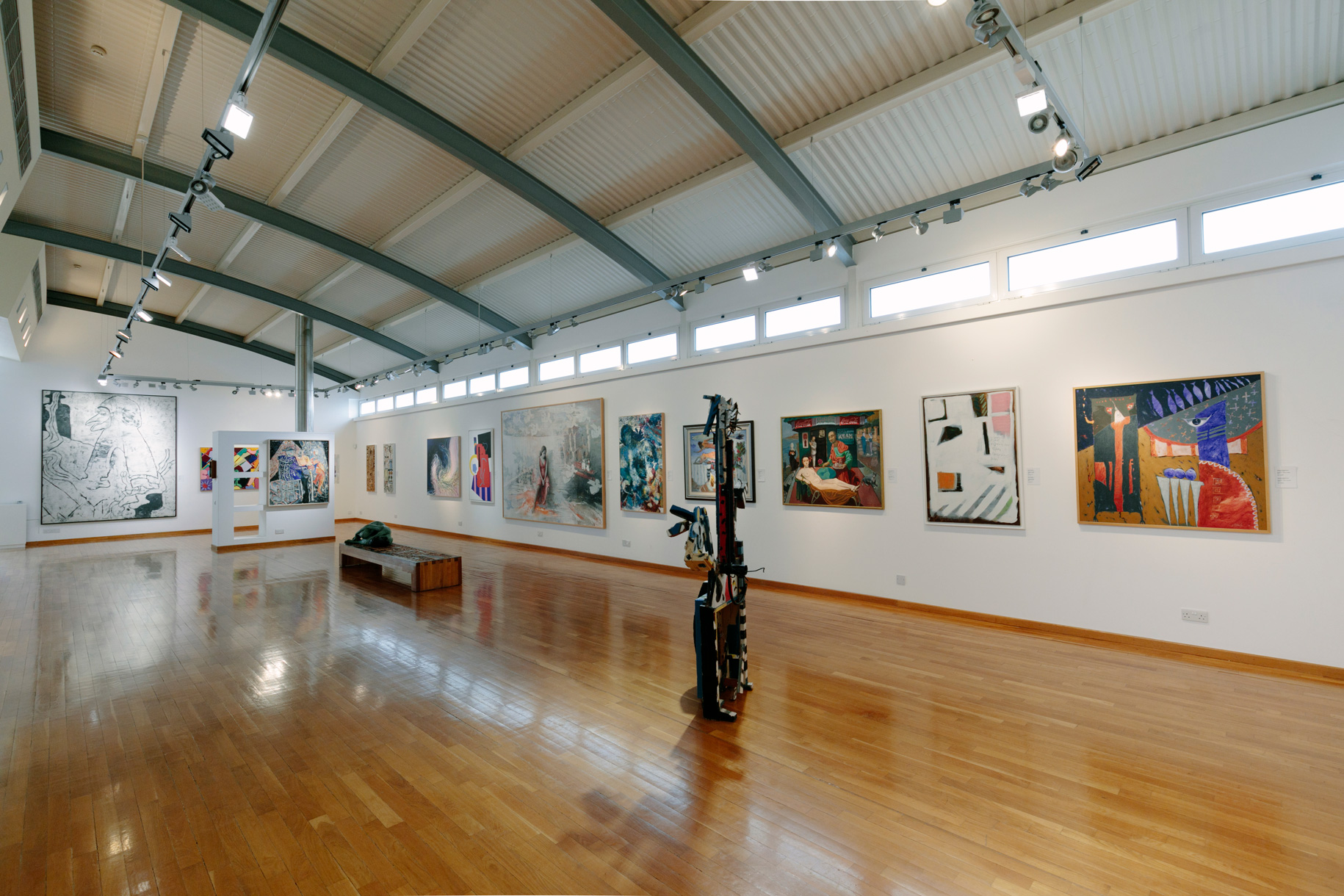 Zampelas Museum of Modern and Contemporary Art is located on Makarios Avenue, Kaimakli.

The museum houses the permanent collection of the Zampela family, which consists of many modern and contemporary art pieces (paintings, sculptures and multimedia) of various Cypriot artists of the 20th and 21st century and Greek artists from the 19th to the 21st century.

The museum also hosts temporary collections of artists from Cyprus and abroad, accompanied with educational programs and other cultural activities. Guided tours are also planned. 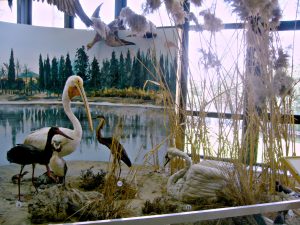 Natural History Museum, found on the outskirts of Nicosia at the Carlsberg factory in Latsia, is the largest of its kind on the island with 2,500 exhibits, contributing to the recording of the flora, wildlife and geology of the place. 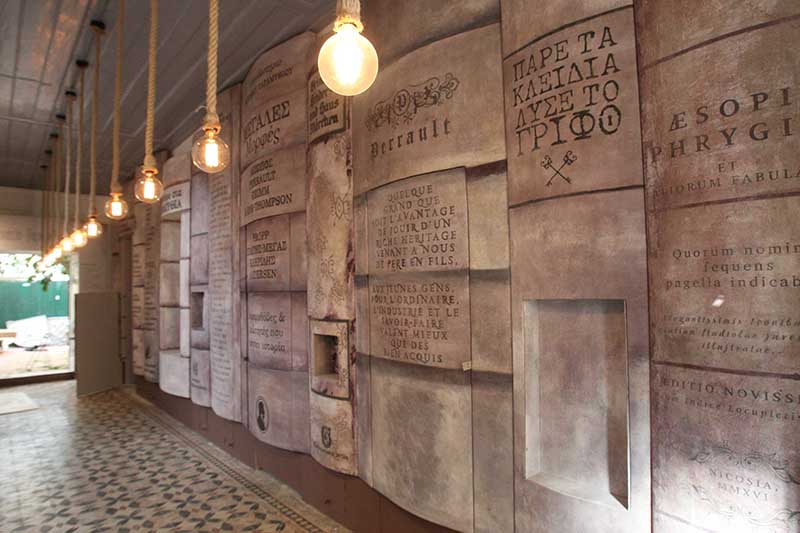 Artwork based on fairy tales, rare books, well-known and unknown fairy tales, thematic exhibitions, musical inspired or written for fairy tales, are the central theme of the museum, which hosts among other things, educational programs aimed at families and children.

In addition, at the Fairy tales Museum, research and therapeutic programs will always be carried out having in mind the fairy tales.

The Leventis Art Gallery is located in the center of Nicosia and is also a relatively recent addition to the cultural places of the city.

It was established in 2014, due to Anastasios G. Leventis’ desire to create a public gallery where the treasure of artwork he acquired during his life was made accessible to his compatriots in Cyprus.

By consistently serving its founder’s vision, the Leventis Foundation decided that the collections should be exhibited in a building worthy of the pieces of art on display.

The Art Gallery is now a modern, hospitable building, environmentally friendly and equipped with state-of-the-art audiovisual museum equipment, designed to inform and entertain visitors of all ages.

The Gallery permanently houses three collections: the Paris Collection and the Greek Collection set up by the collector himself, Anastasios G. Leventis, as well as the most recent Cyprus Collection.

The exhibits of the Museum are representative of all the chronological phases of the history of Dali and come from both the oldest and most recent excavations at the site of the ancient city with settlements and cemeteries. 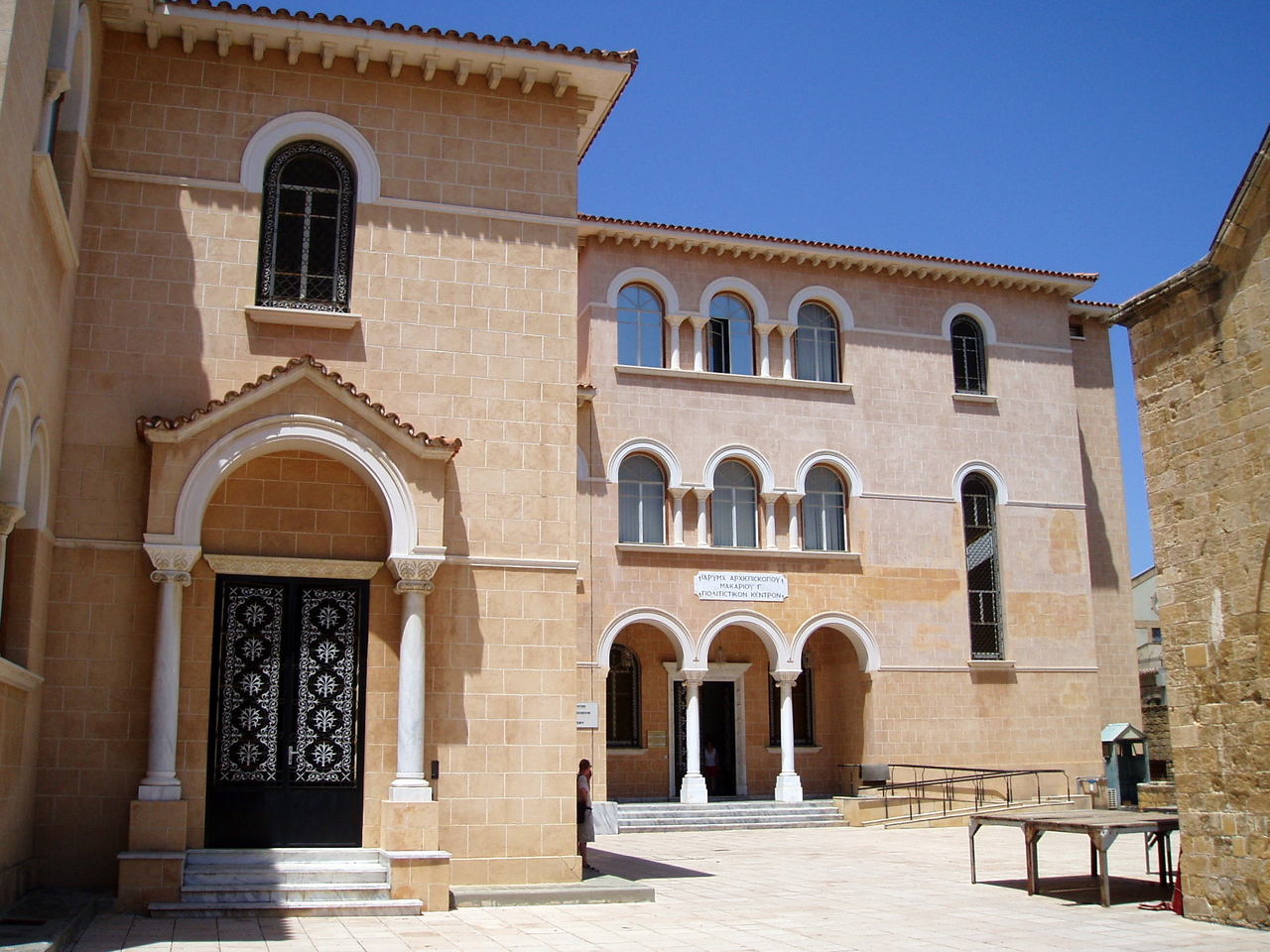 The collection of the Byzantine museum contains forty-eight icons, originating from temples from all over Cyprus and from the synagogue of the church of Panagia Faneromeni.

These images were presented at the “Tresors de Chypre” exhibition, which was held in Paris in 1967 and then moved to several European cities.

Thanks to this exhibition, important icons from the occupied part of Cyprus have been preserved and are displayed today in the Byzantine Museum.

In the Byzantine Museum, there are about 230 pictures from the 9th to the 19th century, detached frescoes from the 10th century, as well as representative samples of the Byzantine miniature of Cyprus, such as sacred heirlooms, utensils and vestments, exposed in three large rooms on the ground floor. 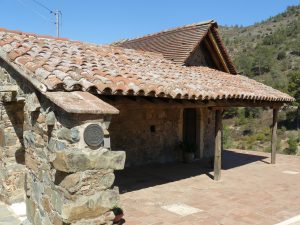 The first floor was the living space, while on the ground floor it was the working space and the storage room. On the same floor, it used to be the stables for the animals of the family.

The house was furnished accordingly so as to reflect the image of everyday life in a farmhouse.