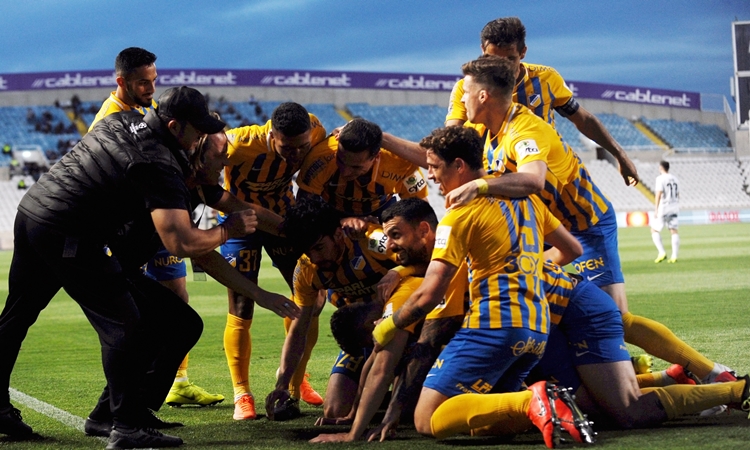 Apoel Nicosia has yet again shown their superiority in Cyprus clinching their 7th consecutive league title with victory over Apollon Limassol in a season-defining game.

The champions completely annihilate their opponents and secured a 3-0 victory at the GSP stadium in Nicosia.

Now what is left for Apoel is victory against AEL Limassol in the final of the Cyprus Cup to clinch the double and end the season in the best possible way.

Here are all the highlights: