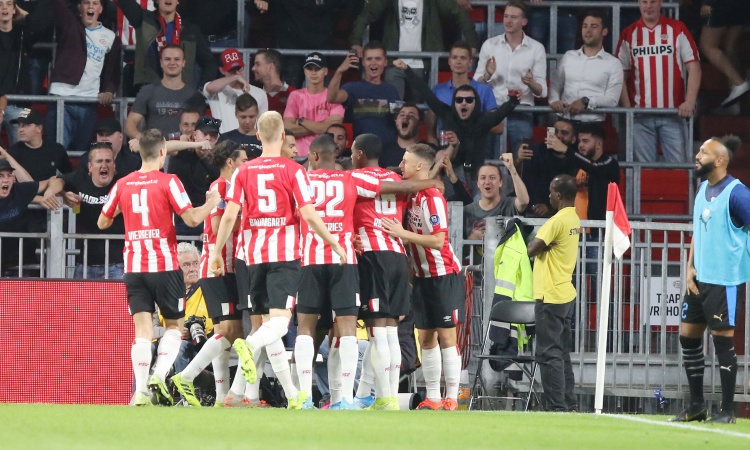 Qualifications hopes have diminished for Apollon Limassol after suffering a heavy 3-0 away defeat to PSV Eindhoven.

The Cypriot side impressed in the first half not allowing the dutch outfit any chances in front of goal and could have grabbed a crucial away goal if Sofronis Avgoustis men capitalised on some lost opportunities.

But the damage happened in the second half in a space of 16 minutes when PSV managed to score three times and literally control the tie which will take place in Cyprus in a week’s time.

Mohammed Ihattaren, Cody Gakpo and Denzel Dumfries were all on the scoresheet for Mark Van Bommel’s side and have a healthy advantage leading to the second leg.

Fotis Pappoulis could have scored the important away goal but his chip was saved by the goalkeeper.

Here are the highlights from last night’s match: