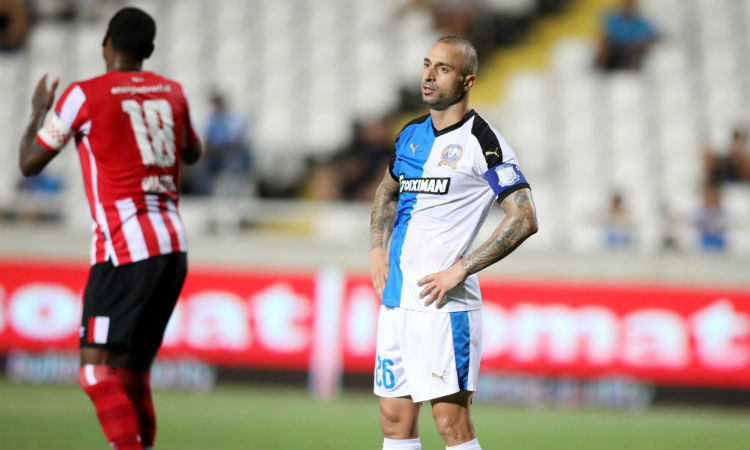 Apollon Limassol bow out of the UEFA Europa League on Thursday night.

The Cypriot side slumped to a heavy 4-0 home defeat to Dutch side PSV Eindhoven and on a total aggregate score of 7-0, the Cypriots will not participate in the Europa League group stages this season.

Donyell Malen was on fire yet again scoring twice in the match, Kostas Mitroglou got his first goal for the club and Mohammed Ihattaren was also on the scoresheet for the Dutch side.

APOEL Nicosia are the only Cypriot side who are going to represent Cyprus in the group stages after being defeated by AJAX in the Champions League playoffs.

The draw for the Europa League group stages will take place on Friday at 14:00 local time.

Here are all the goals from last nights clash in Nicosia.