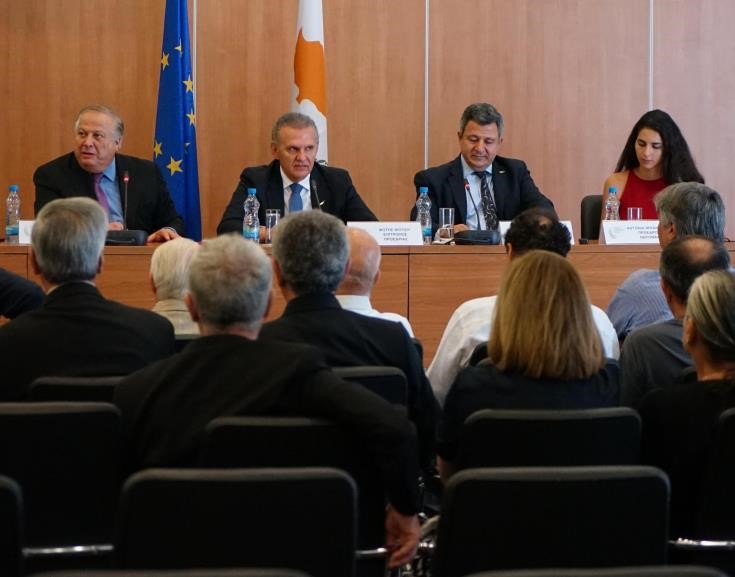 Authorities are considering all options regarding the organization of the next World Conference of Overseas Cypriots, due in July, in view of worrying trends concerning the spread of coronavirus. Presidential Commissioner Photis Photiou said that they will review the situation at the end of April, before taking any final decisions. At the same time, diaspora organisations consider cancelling their own conferences, while scheduled visits of overseas Cypriots are being postponed.

Speaking to CNA, Photiou also said that he is in contact with diaspora organizations in various countries, which try to help those affected, in cooperation with Cyprus Embassies and Consular offices. “Our diaspora is once more present and supports people with all its forces, anywhere in the world,” he added.

Concerning the World Conference of Overseas Cypriots, Photiou said that there are people attending this event from many countries, thus they are monitoring COVID-19-related developments. We are preparing for all possibilities, but we cannot take any decision now for something scheduled to take place at the end of July, he added.

The Presidential Commissioner also said that the conference of the Federation of Cypriot American Organizations, in late May, may be cancelled and that he is in contact with PSEKA regarding its July conference.

“We will review the situation at the end of April and see where we are standing,” Photiou added.

He also said that a visit of AHEPA to Cyprus, at the end of March, has been cancelled, along with the school trip of pupils studying at Ambeteios School in Cairo. Other events, scheduled for May and June will be reviewed in due time, he added.

“Our first concern is to address this threat, to see that everything is going back to normal and protect the health of our compatriots, wherever they are” Photiou said.

The Presidential Commissioner also noted that he is touch with federations of overseas Cypriots in various countries, about the way they can contribute, in cooperation with Cyprus Embassies.

Most efforts concentrate in countries such as the UK, due to the large diaspora population, students, as well as Cypriot passengers trapped there, Photiou said.

He added that he has spoken to Christos Karaolis, the President of the National Federation of Cypriots in the UK, who told him that they stand ready to assist the High Commission of the Republic of Cyprus anyway they can.

He referred in particular to elderly Cypriots, students and those waiting to be repatriated to Cyprus and said that the Federation is in contact with the High Commission and provides information thought its website cypriotfederation.org.uk and phone number +44 208 445 9999. Once more, our diaspora is supporting Cyprus with all means available, Photiou concluded.