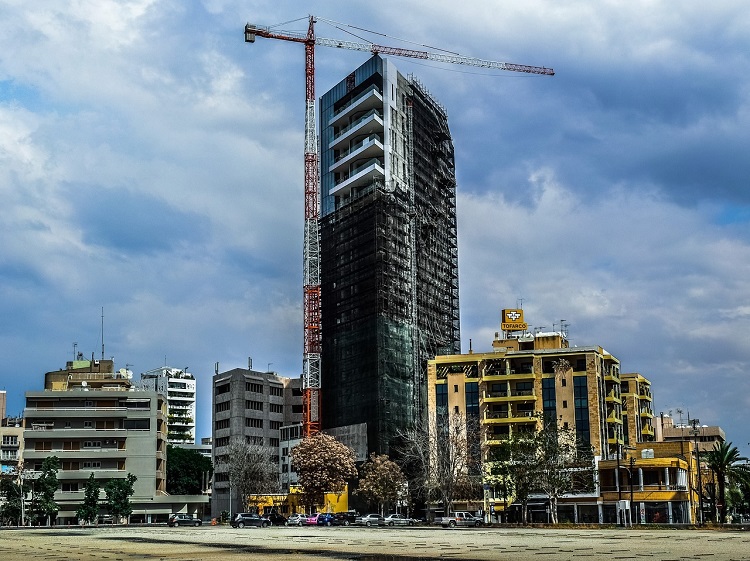 The number of building permits issued by municipal authorities and the district administration offices during the period January – November 2019, increased by approximately 11% over the corresponding period of 2018, with the value of these permits up by 74%.

According to data released by the Statistical Service of Cyprus, the total value of building permits issued in the first 11 months of 2019 stood at € 3.3 billion with 54% of this value recorded in Limassol.

During the period January – November 2019, 6,571 building permits were issued compared to 5,929 in the corresponding period of the previous year. The total value of these permits increased by 73.8% and the total area by 44.6%. Τhe number of dwelling units recorded an increase of 49.6%.

During November 2019 the number of building permits authorized by the municipal authorities and the district administration offices stood at 707. The total value of these permits reached €332.4 million and the total area 222.4 thousand square metres. These building permits provide for the construction of 909 dwelling units.

Building permits constitute a leading indicator of future activity in the construction sector.