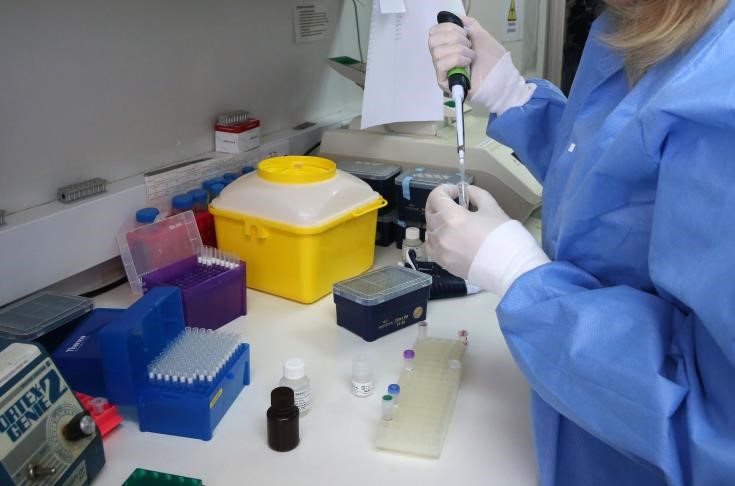 An epidemiology research with the collection of random samples from 800 people as well as 20,000 laboratory diagnostic tests within 20 days to people who continue to go to work for COVID-19, will be done in order to have a comprehensive picture of epidemiological data. This will help when no more confirmed cases are reported, in order to decide to ease restrictive measures in place to combat the coronavirus, member of the Cyprus Health Ministry’s advisory team of experts and professor of microbiology and molecular virology Petros Karayiannis has said.

He explained that testing announced by the government will be conducted “in order to have a picture as to how many asymptomatic carriers or people with mild symptoms are around and do not think they have contracted the coronavirus.”

These are epidemiological data which we have to know and which will help us make decisions about the restrictive measures, when no more COVID-19 confirmed cases are reported, he added.

“The goal is to see how the virus has spread, what percentage may be asymptomatic and this information will help towards the end of the pandemic in order to make the right decisions on the gradual easing of restrictive measures, “ Karayiannis noted.

He pointed out that a targeted collection of samples will be made in hospitals, the National Guard and the police.

“We will worry about asymptomatic carriers when we no longer have reported cases with symptoms,” he said. When our curve reaches zero, we must make sure whether such people are moving among us, he noted, adding that this is why the government has decided to go ahead with a large sample collection in order to see what is going on, apart from Pafos and Aradippou, and elsewhere.

“It concerns us even now because some of them may be hospitalized and cause a problem,” he said.

According to studies, Karayiannis said, asymptomatic people, do not transmit the virus for a long period of time. They can transmit it for a period of about ten days and those who have the virus are likely to recover from it within 20 days, he added.

Referring to the random collection of 800 samples he explained that it is done “for statistical reasons, so that a statistical outcome which will be trustworthy will come out it.”