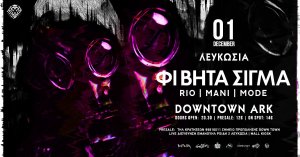 The backbone of Bong DA City, the most influential band of 00’s, which managed to get its own Athenian sound on rap, growing its fan base from record to record. Fi Vita Sigma has the biggest number of live concerts annually in Athens and was present at all major Rap Events and Festivals.