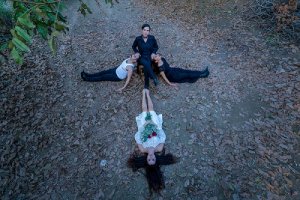 “Liolia” is based on the “The Wax Doll” by Konstantinos Christomanos, one of the most important novels in Greek literature.

First published as a book in 1911 (the year that the author died), “The Wax Doll” has been reprinted many times and was also made into a film by Michalis Glitsos in 1916, as well as a theatre play, television series and graphic novel.