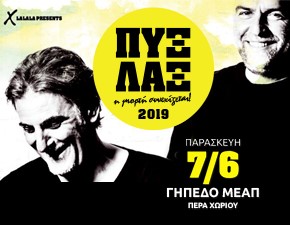 Tickets:
www.soldoutticketbox.com
At all Stephanis stores and selected So Easy Kiosks.