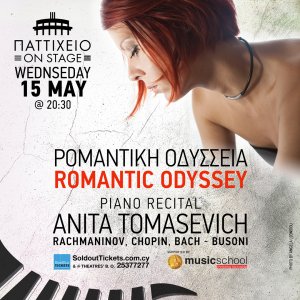 Serbian-born Anita Tomasevich studied with world-renowned teachers at the Music Academy in Novi Sad, the Royal Conservatoire in Den Hague she was accepted for the PhD studies at the Royal Academy of Music in London. She performed at some of the principal venues in The Netherlands, Spain, England, Italy, Russia, Cyprus and Serbia, and is laureate of international competitions. She appeared on the Serbian National Radio and Television.

Within the coming season she will perform solo and chamber music recitals in Serbia, Holland, Cyprus, Greece and Germany.