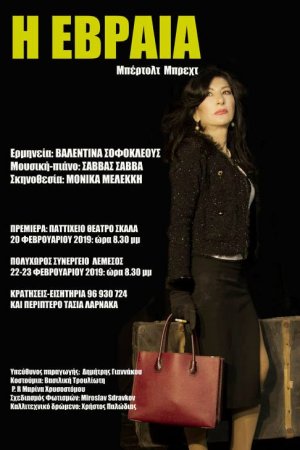 “The Jewish wife” of the German author Bertolt Brecht is one of the 24 playlets of “Fear and Misery of the Third Reich”, one of Brecht’s most famous plays and the 1st of his openly anti-Nazi works.

A Jewish married woman agonises about how to tell her husband she is leaving him to save his career at a clinic. Eventually he assures her that it’s only for 2 or 3 weeks as he hands her the fur coat she won’t would like till next winter.

With the actress Valentina Sofokleous