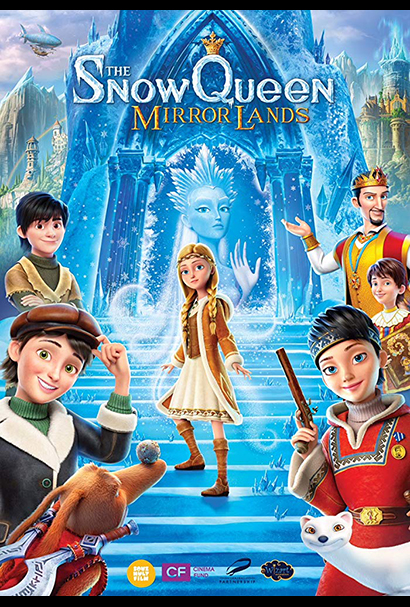 The Snow Queen: Mirrorlands. A powerful king nearly lost his family due to the Snow Queen’s evil deeds. He finds a way to ban all the magic from the world – all the possessors of magic powers are now trapped in Mirrorlands. The only one who can stop him and keep the fairy-tale in our world is Gerda – as her own biggest power is not magic but her faith in kindness and friendship. In Gerda’s new adventures, she will be helped by trolls, pirates and even the Snow Queen herself.