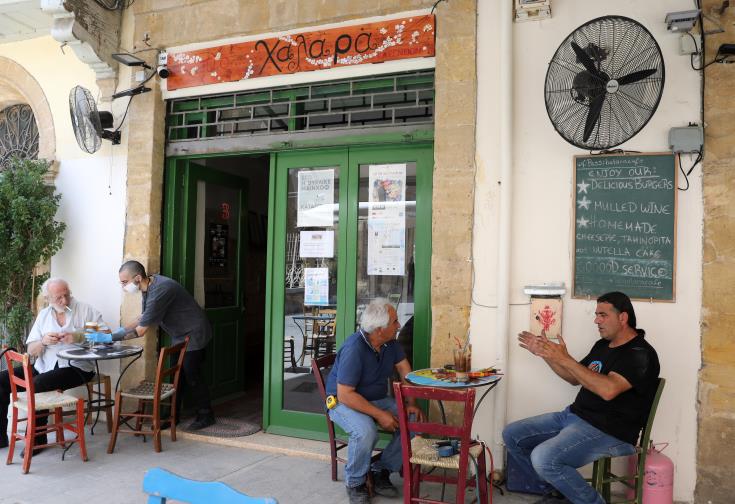 Member of an advisory scientific committee of the Cyprus Ministry of Health, professor of molecular biology Petros Karayiannis has stressed that the virus is still among us and people should be particularly careful.

In statements to CNA, Karayiannis said that right now a relaxed attitude on taking protective measures against the coronavirus is evident, which is cause of particular concern.

“We reached zero cases but this did not become established,” he noted, adding that since we are still diagnosing cases there is a possibility of finding other positive cases from tracing contacts and this number is increasing.”

“The virus, has still not left Cyprus and that is why it is imperative that we are particularly careful,” he stressed.

We have witnessed people behaving as if the old times have returned in gatherings and this is cause for “great concern,” he said, explaining that if a positive case is diagnosed out of such gatherings it will be very difficult to trace their contacts with an accuracy of 100%.

Professor Karayiannis warns particularly of people’s behaviour in cafeterias and restaurants and urges the public to uphold directions included in the relevant protocols for its own protection.

Referring to the situation with COVID-19 in the summer months, he estimated that the situation will continue to be under control, adding however that no-one knows what will follow in the months to come.

“Right now, there is no indication for a second wave,” professor Karayiannis said, adding that he expects that a number of cases will surface in the months to come. “It may not be a second wave but no-one can know this or where it would originate from,” he pointed out.

Asked whether a lockdown will be imposed again, he rejected that scenario for the time.

“It depends what the winter has in store for us,” he noted.

Replying to a question as to new developments on the resumption of flights he referred to the announcements made so far.

He expressed the view that tour operators and airlines will have an opportunity to prepare their work.

The first tourists are likely to arrive end of June, so this gives us another four weeks to make sure that the situation is under control, he said.

Referring to the opening of kindergartens, public swimming pools, fitness centers and other businesses which have still not resumed operations Karayiannis said that this will take place if there are no problems during the second phase of lifting restrictive measures.

“Once a period of stabilization of the second phase of easing restrictive measures passes without problems, kindergartens and other businesses which are still shut could also open, as well as reception halls and open-air theaters,” he added.