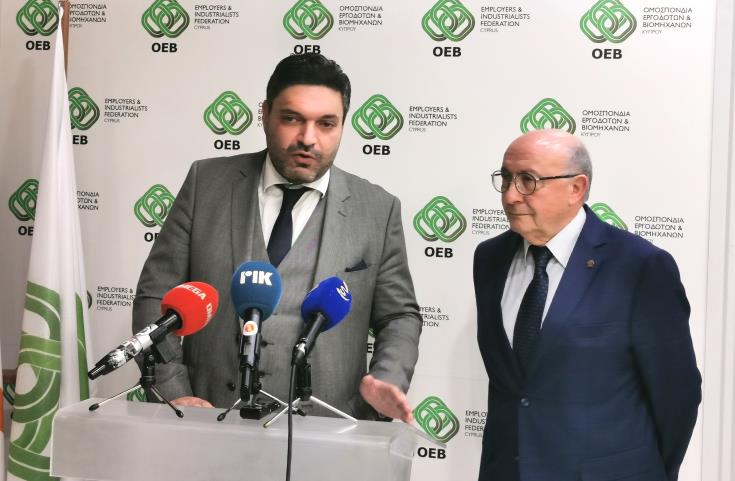 Minister of Finance Constantinos Petrides assured on Wednesday the government will stand by the side of the business world with the view to promoting a healthy business climate that generates income both for the for businesspeople and employees alike.

Petrides met with the executive committee and participated in a discussion with the Federation of Employers and Industrialists’ (OEB) Board of Directors.

In a joint statement with OEB President George Petrou, Petrides said the it is a common place that the Cypriot economy is balance and enjoys satisfactory growth rates, “but also that the economy has many challenges.”

Stating that the government will stand by the side of the industrialists which generate income and jobs, Petrides added that he is ready to discuss with the businesspeople all issues concerning the economy, either taxation, fiscal or employment issues.

“All this are instrumental to having a healthy business climate that generates income for all, employers and employees alike,” the Finance Minister said.

On his part, Petrou said the discussion covered all issues pertaining to the economy, adding that the industrialists have put forward their concerns and were happy with the responses they received from the Ministers.

“We have reiterated to the Minister that OEB will always work towards the joint goal for a better standard of living and a better operation for the businesses,” Petrou said.