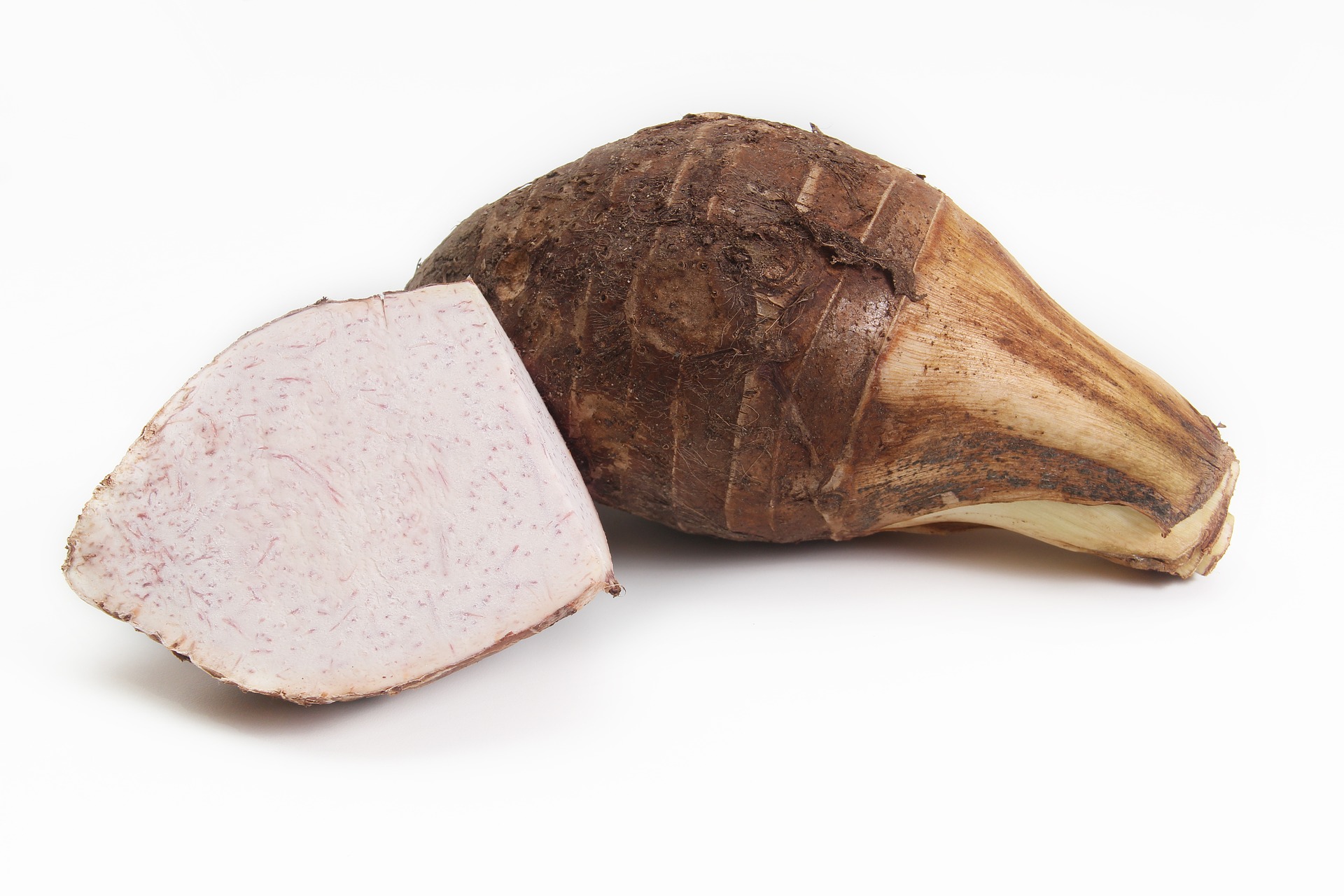 Kolokasi is a root vegetable only grown in substantial quantities in Cyprus and Ikaria in Greece. There are different kolokasi varieties but the Cypriot variety is known as Colocasia Esculanta.

Kolokasi is a popular dish in the Cypriot cuisine and is cooked in tomato sauce, sometimes on its own or meat, pork or chicken.

It’s important to remember that you don’t wash kolokasi with water before cooking.  The right way to peel it by holding it with kitchen paper, and with a sharp knife you peel it rather deep and you keep wiping it with the kitchen paper during the peeling process.

There’s also a specific technique for cutting kolokasi. You have to hold the kolokasi in one hand and with a sharp knife you make a cut on it and with the help of your thump you press on the knife and you “snap” a small piece off.  You carry on the same process all round until you “snap” each root into small pieces.