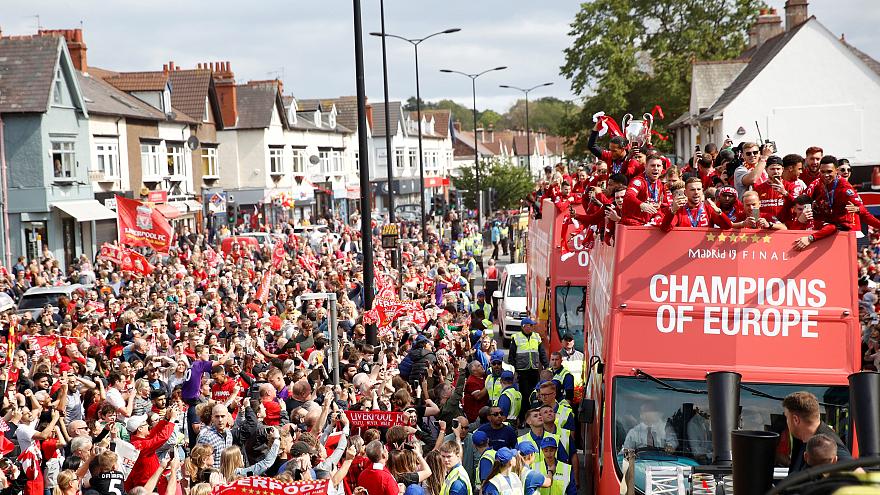 Liverpool’s players and club manager paraded through the city’s centre on Sunday after defeating Tottenham Hotspur 2-0 to win their sixth Champions League trophy.

The team arrived at Liverpool Airport on Sunday afternoon and mounted buses that read “Champions of Europe” after celebrating Saturday’s win in Madrid through the early hours of the morning.

Mo Salah scored a penalty for Liverpool in the first two minutes of the game after a handball from Sissoko. Divock Origi scored Liverpool’s second goal in the 87th minute.

Liverpool aimed to outdo last year’s final, in which they were runners up, losing 3-1 to Real Madrid.

With a new goalkeeper, Jurgen Klopp’s team came back strong. They had just one defeat all season in Premier League.