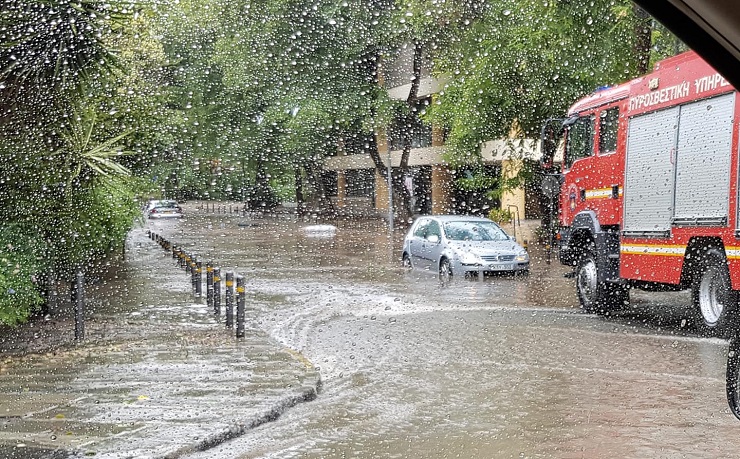 A new orange weather warning was issued by the Cyprus Metro Office on Tuesday.

According to the predictions there are warnings that a new low pressure system will affect the island and heavy thunderstorms likely associated with hail are expected to affect the island especially the capital and mountainous and possibly southeastern and eastern coastal areas.

The alert is in full force from 12 noon to 6 pm on Tuesday. It is the fourth orange alert since late last week.

The forecast says that an unstable air mass are continuing to affect the area bringing more thunderstorms and scattered showers in the afternoons over the next few days.

The met office said that after local light fog lifts, Tuesday will be mainly fine. But clouds will develop as from midday and in the early afternoon leading to scattered showers and thunderstorms in the mountains, inland and on the east coasts.

Thunderstorms may be accompanied by hail.

Temperatures will be 33 C inland, around 29 C on the west coasts, around 31 C on the remaining coasts and around 24 C in the mountains.