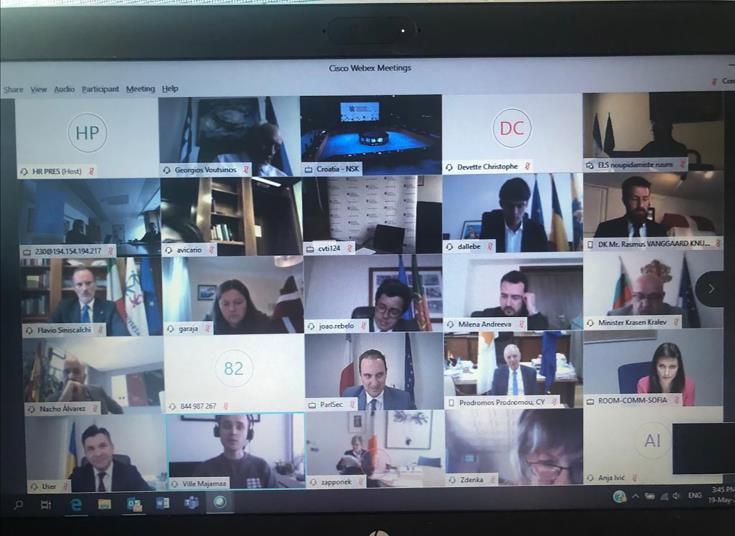 New challenges call for new ways in supporting and empowering young people and youth organisations, Cyprus Minister of Education, Culture, Sports and Youth Prodromos Prodromou has told his EU counterparts, noting that in Cyprus the Cyprus Youth Board has launched a working group of civil society and public authorities so that practical ways of helping youth organisations can be promoted and that similar working groups could operate at European level.

Prodromou was speaking during an informal teleconference of EU Youth Ministers convened by the Croatian EU presidency, a Ministry of Education press release says.

Ministers discussed how the coronavirus pandemic has had an impact on young people`s access to services as well as about the challenges the pandemic poses in youth employment.

“New challenges call for new ways of supporting and empowering young people and youth organisations,” Prodromou said during his intervention.

“Despite difficulties posed by the restriction of movement young people have shown resilience and a strong spirit of solidarity,” he added.

The Cypriot Minister also referred to an initiative by the Cyprus Youth Board to support young volunteers as well as the launching of a working group comprised by representatives from civil society and public authorities so that the situation can be monitored and practical ways of helping young people and youth organisations can be promoted.

“Such groups could also operate at European level, so that credible data can be collected and the necessary measures can be taken,” Prodromou concluded.