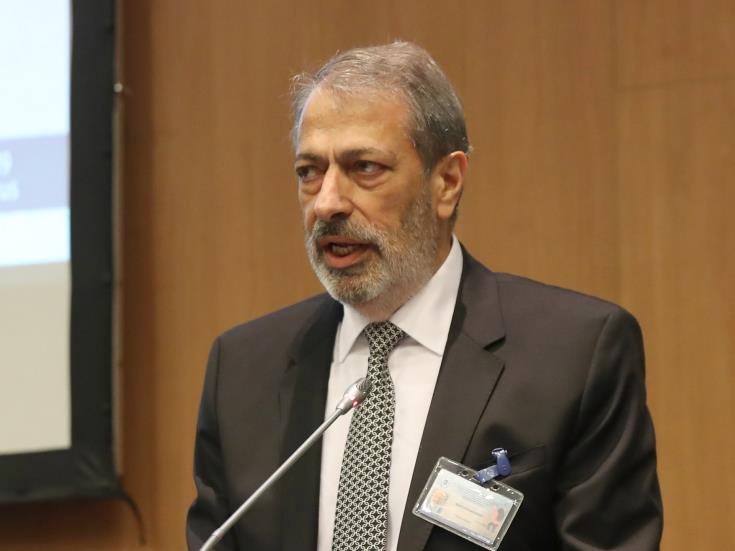 The week to come will be one of developments in the area of justice, Cyprus Minister of Justice and Public Order, George Savvides, has told CNA.

In particular, on Monday President Nicos Anastasiades has convened a meeting at the Presidential Palace with all the actors of the justice sector, on Tuesday, the parliamentary committee on legal affairs will hold a meeting via a teleconference to discuss to legislative proposals aiming to facilitate citizens, on Wednesday the Cabinet is expected to announce its decisions as to the possible easing of restrictive measures and a restart of the Cypriot economy and on Thursday a meeting of the Supreme Court’s plenary will take place which will take its final decisions on the way forward as regards the operation of courts.

Savvides who was replying to CNA questions said that during a meeting of the parliamentary committee on legal affairs on Friday, the possibility of the courts operating at a quicker pace was discussed, since “everyone acknowledged that justice is a very important pillar for the proper functioning of a state.”

In this context he noted, the matter of e-justice was discussed. Due to delays in the public tender procedure for full digitization of the justice system, it was felt necessary to discuss intermediate steps which could be taken, he said.

The establishment of an infrastructure for the electronic submission of legal documents was discussed which could be done in the same way that documents are submitted to the Registrar of Companies, he added.

Savvides continued noting that Deputy Minister of Research, Innovation and Digital Policy Kyriacos Kokkinos pledged that if he has the necessary data immediately, he would be in a position to put in place within a period of 6 to 10 weeks a system. The possibility of having certain court hearings by teleconference was also discussed.

It was decided that a team of experts from all relevant departments would be formed to review legal and technical issue so that the right infrastructure can be put in place and the necessary legislative amendments can be made, he said.

MPs also said they would submit legislative proposals to safeguard the people’s right to resort to the courts and for people to be able to make sworn statements elsewhere and not just before Court Registrars.

The two proposals are expected to be discussed at the committee’s next meeting on Tuesday, he added, adding that the House of Representatives President Demetris Syllouris who took part in the meeting also expressed readiness if the discussion is completed on Tuesday to convene the parliament’s plenary by the end of the week to vote on them.

The Justice Minister also said that the three key bills on the justice system reform which had been previously discussed at the parliamentary level and had returned to the ministry for amendments and for taking into account the views of the Supreme Court and the Attorney General, are now at a final stage of preparation and are expected to be sent back to parliament next week.

Asked about the changes made he said they have to do with the bills being more functional. He said the work achieved so far on the three Bills at parliamentary committee level has been “constructive, positive and very serious”, thanked political parties for their position so far and expressed the hope that this will continue and the Bills will “be voted with the greatest possible consensus.”

Referring to a meeting Cyprus President Nicos Anastasiades has convened at the Presidential Palace on Monday he said it will take place at 1000 hours local time with the participation of the Attorney General, the Supreme Court President, the Law Commissioner, the Pancyprial Bar Association President and himself.

“We will brief the President about everything which has been discussed so far, we will be informed by him on the situation as it stands in the sector of health, followed by an exchange of views and possibly certain decisions may be taken for the most expedient and proper return to normality of the judicial system’s operation,” he noted.

It will be “a week of developments in the area of justice,” Savvides said, recalling that on Wednesday the Cabinet is expected to announce its decisions as to whether it will proceed with an easing of restrictive measures.

He further said that on Thursday the Supreme Court plenary will convene and take its final decisions as to the way forward, taking into account everything which has already happened including the measures announced by the government.