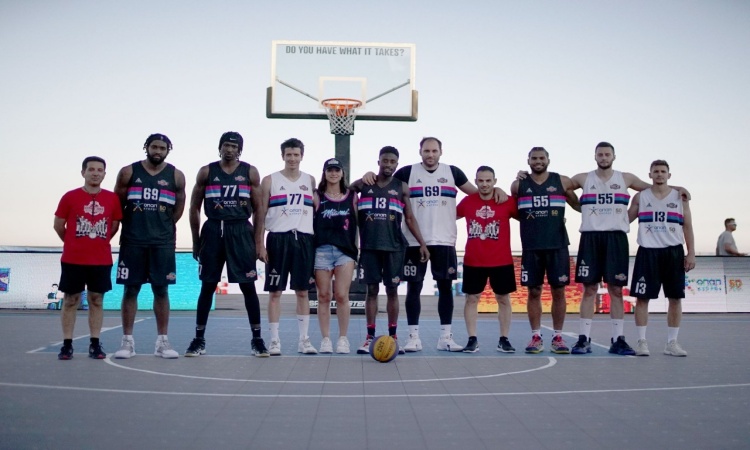 The battles have led to the 2nd OPAP Limassols 3×3 Challenger 2019, winning team, NY Harlem receiving a $15000 prize and a place in the World Master Tournament in Prague this August.

3×3, which has been announced as an Olympic sport that will make its debut at the 2020 Tokyo Olympics, took over Limassol’s Molos park for the fifth consecutive year, with 16 teams participating in the 3×3 Challenger and attracting thousands of viewers from across the island.

“The growth of 3on3 has taken a life of its own, exceeding all our expectations. Thanks to a great number of valued sponsors, media partners, all the participants and of course all the supporters of the game, we have had the most successful Limassol 3on3 to date,” said Constantinos Mavrellis, Co-founder and organizer of the event. “We are looking forward to the upcoming events across the island this year and of course, next year’s event which will fall close to 3on3’s debut at the Olympic Games.”

“Thanks to the Cyprus Basketball Federation and the most important contribution OPAP Cyprus, as well as the Cyprus Sport Organization for the new strategic partnership aiming at the further development of the 3X3 Olympic Game on our island. Among other aspects, Evripides Manoulos, co-founder and organizer of the event, stated that “we could not go without sincerely thanking the Mayor and the Municipal Council of Limassol who believed in this event from the very beginning and supported us ”.

Aside from the Challenger, OPAP Limassol 3on3 organizes a series of tournaments designed to include everyone; both competitive players and anyone who wants to join for fun. This year’s categories and winners and runner ups were as follows:

The Bank of Cyprus collaborated with 3on3 to organize the BOC Youth Camp on the 9th of June, which was a one-day event promoting a healthy relationship between youngsters in Cyprus and sports. This fun-filled day held the essence of 3on3 which is to remind people that sport is also fun.

Aside from the Challenger, OPAP Limassol 3on3 organizes a series of tournaments designed to include everyone; both competitive players and anyone who wants to join for fun. This year’s categories and winners and runner ups were as follows:

“Every year we see more and more presence from international teams and we’d like to thank everyone who travelled to Cyprus for 3on3 as well as all the teams and everyone who helped make this happen for another year,” said Co-founder and Organiser, Kostantinos Perentos, “of course, none of this could have happened without our sponsors; OPAP, Cytamobile Vodafone, My Mall, Herbalife, Bank of Cyprus, Cytavision, Medochemie, Scaffolding Solutions,  120Advertising, Kanali 6, Rik, Protathlima, Prime Insurance, Limassol Municipality, Limassol Tourism Board, Tribe Coffee”.

We would like to thank the Cyprus Basketball Federation and the Cyprus Sport Organization for the new strategic partnership that aims to further develop the 3X3 Olympic Game on our island.

We would also like to sincerely thank the Mayor and the City Council of the Limassol Municipality, who believed in this event from the very beginning and supported us.