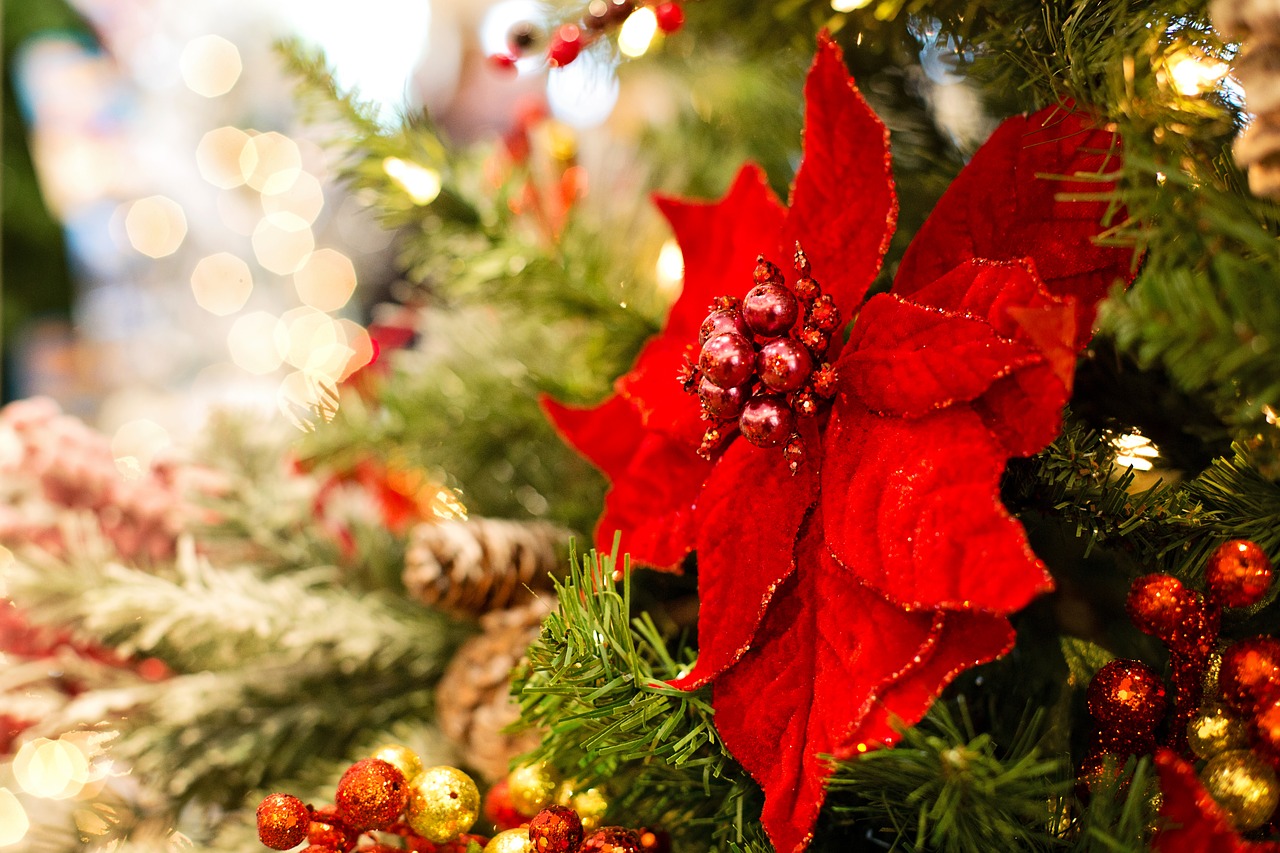 Stories have a way of making Christmas even more special. A Mexican Legend which managed to earn its way through Christmas Traditions around the world accompanies the most commonly associated with Christmas flower, Red Poinsettia!

Legend has it that a young Mexican girl with no money, wanted to place something at the alter of the church for Christmas as a gift to baby Jesus, and so, started gathering humble weeds from the road.  Then, the congregation became witnesses of a Christmas miracle, where the humble weeds transformed into dazzling red and green flowers, known as Poinsettia.

The flower is also known as Mexican Flame Leaf, Winter Rose, Flowers of the Holy Night and Noche Buena and was named after Joel Roberts Poinsett, the amateur botanist who, in 1825, introduced the plant to the U.S.

Poinsettia represents the Star of Bethlehem and its bright red color was connected to the blood of Jesus’ sacrifice; however, since its introduction in US when it became a “traditional” Christmas decoration in both houses and churches.

Ancient Aztecs considered the plant as a symbol of purity, while today, the December flower symbolizes success and good cheer.