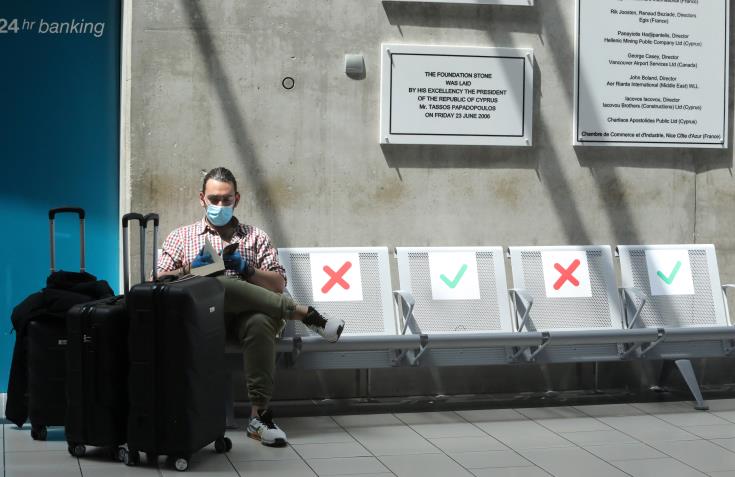 Cyprus’ Deputy Minister of Tourism Savvas Perdios has said that the government is concerned by the fact that Israel has been included into the Category B countries from which tourists can visit Cyprus instead of Category A countries that it was initially included, noting however that what is important is to safeguard everyone’s health and security.

In statements to the media after a meeting he had with AKEL party General Secretary Antros Kyprianou, Perdios said that the categorization of the countries is not based on tourist criteria but on the epidemiological data of the countries. Moreover, he reiterated that this will be a difficult year for tourism.

Countries from which tourists can visit Cyprus, after the country opened its airports that were closed due to the COVID-19 pandemic, have been divided into two categories based on internationally available epidemiological data. As of June 20, persons flying from Category A countries face no restrictions when traveling to Cyprus. People traveling from Category B countries are required to have a PCR test done at the source country, 72 hours prior to travel. The PCR test certificate will be requested prior to aircraft boarding, and should also be displayed at border control at the destination. For travelers from Category B, whose country is unable to make PCR testing widely available to the public, compulsory testing will be required upon arrival at Cyprus airports.

Asked about the fact that Israel has now been included in the Category B countries from the Category A that was initially included, Perdios said that this has caused the government’s concern. “No one knows how temporary this will be, for how many weeks Israel will be in Category B,” he noted.

Perdios stressed the need for the Health Ministry and the epidemiologists to be left to do their work properly, noting that the government`s priority is to safeguard the health and security of everyone, including those who wish to visit Cyprus for holidays.

He noted that surely the market of Israel is very important for Cyprus. “We have been expecting that it would be among the first countries from which tourists would come to Cyprus as of June 20 that the airport will be open for Category A countries. Surely the fact that it is now included in Category B is a setback. Let’s hope that it will not be something very serious that will last for months instead of weeks,” he noted.

The Deputy Minister of Tourism noted that everyone must realize that we will take this year step by step and that there can be no predictions for a long period of time. He went on to say that “this year we need to work in order to achieve whatever we can right now despite any changes that may take place.”

Category B Countries are Israel, Poland and Romania.