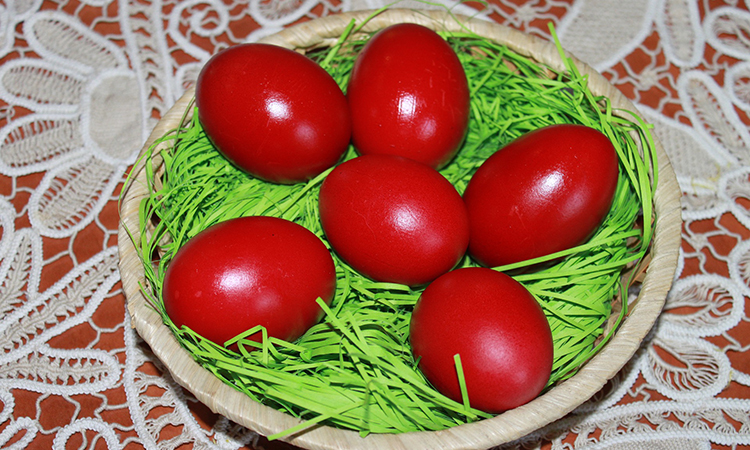 Why do they dye the Easter eggs red?

The red color of the Easter Eggs represents the blood of Jesus; their hard shell symbolizes the enclosed tomb of Christ, whereas the cracking of eggs symbolizes the resurrection of Jesus from the dead. Additionally, the red egg is a symbol of renewing one’s life as well as celebrating life’s victory over death.

What symbolizes the custom of cracking the red eggs?

The cracking custom of the Easter eggs typically occurs on Saturday midnight after “Christos Anestis”.

This local custom is actually a game whereas one player taps the egg of another player, saying “Christos Anesti” (meaning “Christ has risen”). The other one responds, “Alithos Anesti” (Meaning “Indeed, he did!”).
All players select their red eggs randomly from a basket.

Each round has a “winner” and “loser.”

The winner uses the same non-cracked egg and move to the following player. The egg tapping game continues until there’s only one winner, the chosen one with the un-cracked egg!

The one with the strongest egg will enjoy good luck for the rest of the year.

The Greek name of this custom game is called “tsougrisma” and it is a very popular and fun game in Cyprus and Greece, especially when people try applying tricks on theirs eggs to be stronger.