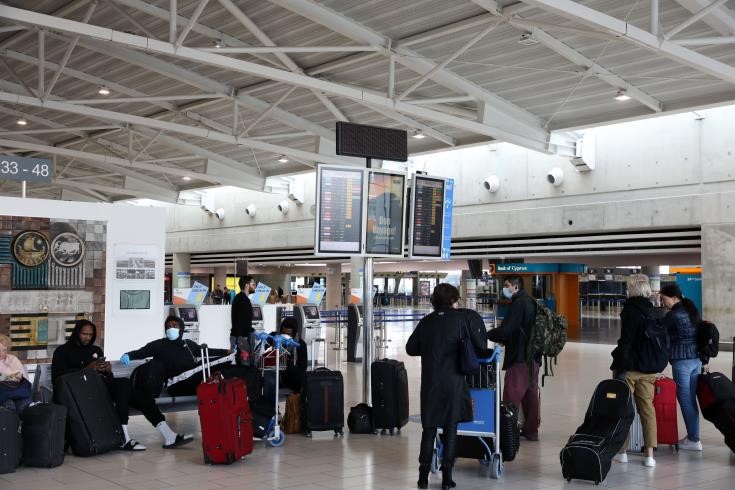 The massive repatriation of Cypriot citizens stuck abroad due to coronavirus pandemic will start this week, with the aim of reaching 2,000 people in the middle of next week, which corresponds to the maximum capacity of quarantine rooms, Minister of Transport, Communications and Works Yiannis Karousos has told CNA.

The planning will continue, based on the available quarantine rooms, he said, adding that an average of 2,000 people will be repatriated every two weeks. The first repatriation will be from the United Kingdom and Greece, followed by other countries.  Karousos clarified that those who return home will now have to pay the cost of their ticket.

Pointing out that many people belonging to the vulnerable groups have already returned, he added that the first wave will be repatriated in the next 15 to 20 days, according to preferences posted on the Foreign Ministry’s online portal. As he said, a total of 1,971 people said they wanted to come back to Cyprus between 15-30 April. Of those, 758 are students who are enrolled in Foundation Courses or are freshmen. Karousos noted that the completion of repatriation of these students, will pave the way for all Cypriot citizens or permanent residents of the Republic of Cyprus to return home.

Asked on the duration of the planning, Karousos said that the planning will continue as long as the decrees for the ban on flights last. He added that people will come back, depending on the availability of quarantine rooms.

He also said that the Government will ask for offers for ticket prices per airport and region, based on the Foreign Affairs Ministry’s grouping. Beneficiaries will then be informed by the Ministry of Foreign Affairs on which flight they can travel, but also on the cost and procedure to be followed after their return, which also requires a two-week quarantine stay. Finally, the airline will contact those interested to issue a ticket.

The biggest interest, according to the Minister of Transport, is expressed by  people in the United Kingdom, followed those in Greece, Germany, the Netherlands and the United States. Karousos also said that according to the protection measures taken, a third of the plane would be empty. Therefore, an 189-seat plane will be able to carry up to 112 passengers, he added.

The Ministry of Transport, as he said, is doing its utmost to repatriate citizens in cooperation with the crisis management team, adding that co-ordination and co-operation between Ministries and services was needed.