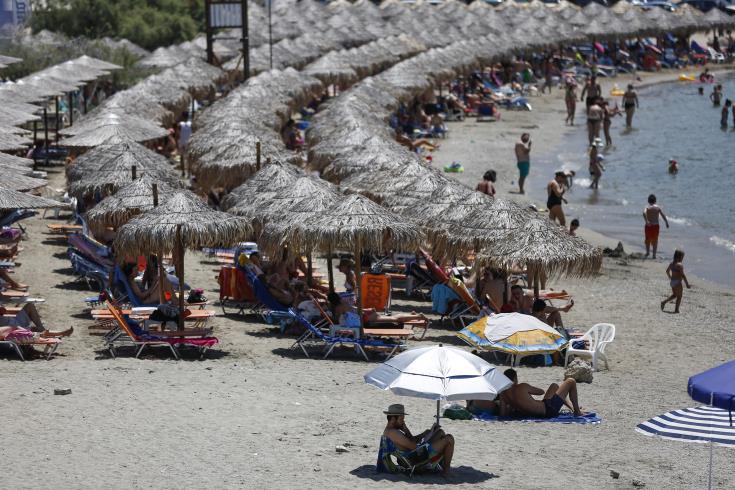 The heatwave is our ally in the fight against the coronavirus, Professor of Microbiology/Molecular Virology at the University of Nicosia Medical School and member of the Ministry of Health Scientific Advisory Committee, Dr Petros Karayiannis has told Cyprus News Agency.

“I think the heatwave is on our side. Due to the high temperatures we have at the moment, even if someone is sick and sneezes, the droplets will not stay wet for a long time, on the contrary, they will dry very quickly and the virus will be inactivated in this way,” he said.

He pointed out that hot surfaces do not help the virus as well as its transmission as people are in open areas, thus that heatwave is our ally in this struggle.

Karayiannis also stressed that in the next few days COVID-19 cases may disappear or occur only sporadically.

He also said that the number of samples taken on a daily basis is very large compared to other European countries, adding this procedure followed by Cyprus is capable of detecting sporadic cases while other countries, such as Greece, do not take them into account.

In reply to a question, he said that he was not particularly concerned about the two cases found among students in Aradippou, describing it as an isolated incident in an area where there was a problem in the past.

He expressed hope there would be nothing alarming about the samples taken from now until Thursday when the rest of the students return to school.

In addition, Professor said that we should learn to live with the virus, noting that every time a case is found in any environment, it does not mean that we have to close everything and go back fifteen days. “We need to implement isolation protocols by tracking contacts and life goes on, ” he said.

Karayiannis said that the Cypriot society is ready for the second phase of easing the restrictive measures put in place in an effort to contain the spread of the pandemic.

“We are definitely ready for the second phase. With the picture we have at the moment, we are ready to move on to the second phase. I have no doubt about that and I don`t think there will be a reversal», he said.

He also said after the first easing of restrictive measures with nearly 60,000 people going back to work and up until now not a single case had been found among those workers with the samples taken.

He considered it a `great misfortune` the fact that two cases were found in a school at Aradippou creating a sense of uncertainty, adding that this should urgently remind us of the need to be very careful and not to relax yet.

Karayiannis stated that the current situation allow us to move on with the implementation of the 3rd phase with regard to measures relaxation.

“With the return of children to schools, sampling will continue», he said, and expressed the views that until then the results will be such that they will allow us to proceed to the 3rd phase as well.

He expressed optimism, saying that at the moment there is nothing to worry about in our epidemiological picture.

He also said that foreign visitors would not come to the country right after the opening of the airports scheduled to take place on June 9. He said the arrival of passengers will take place later because more processes are still needed to be held.

He finally called on those who go to the beaches due to high temperatures to comply with protective measures and keep the necessary distances between them.

Asked if we should wear a mask on the beach, he said it is not recommended unless someone wants to wear it for their own reasons.