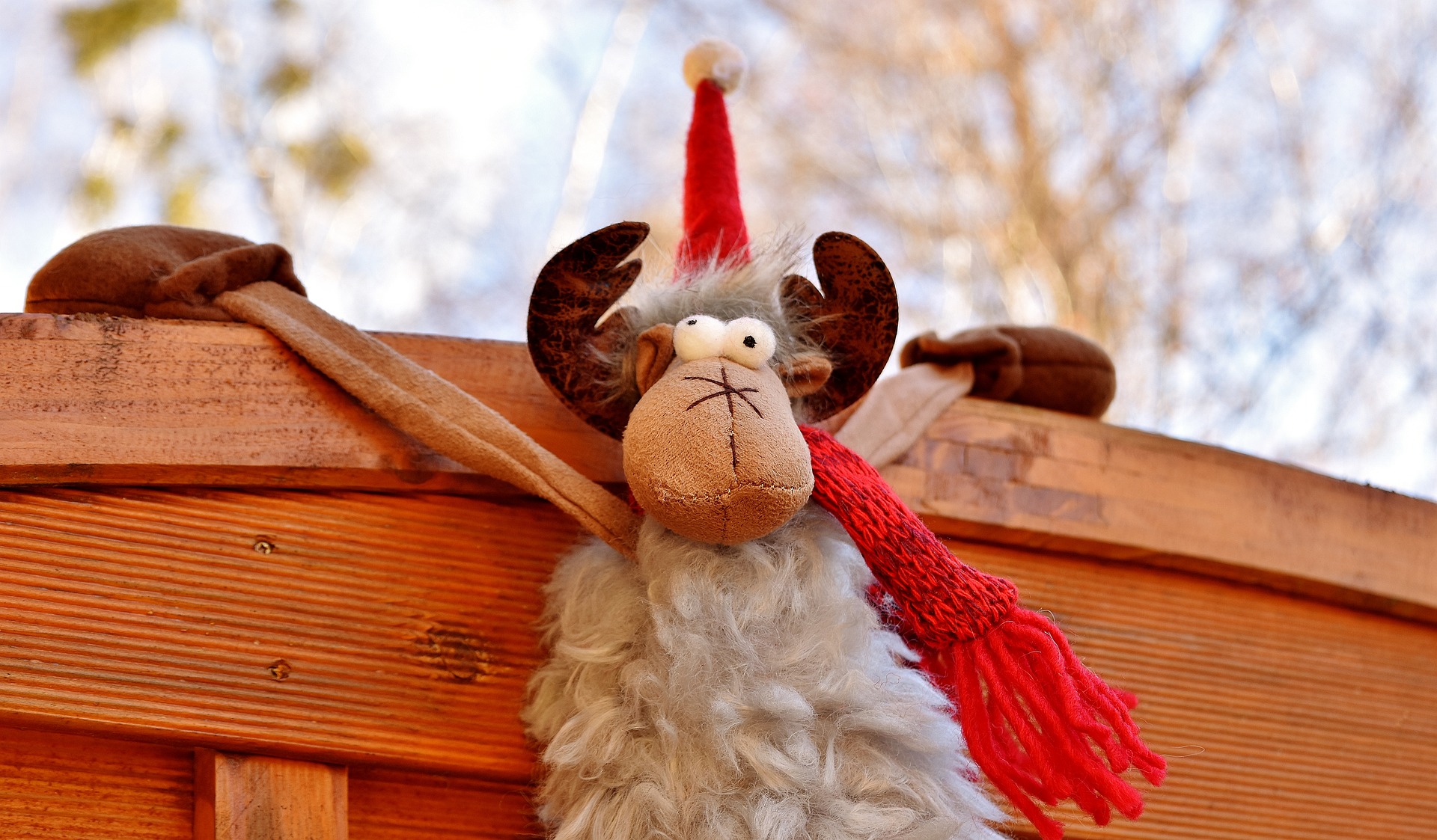 The most wonderful time of the year is finally here and the world is ready welcome the New Year. Christmas lights, happy faces and magic glow dominate the atmosphere all around the world.

What make the Christmas holidays super special besides food, family and happy faces? Unique traditions from various countries that are interesting and weird of course!

We have gathered the weirdest and most peculiar Christmas traditions from around the globe and here is our top 10! 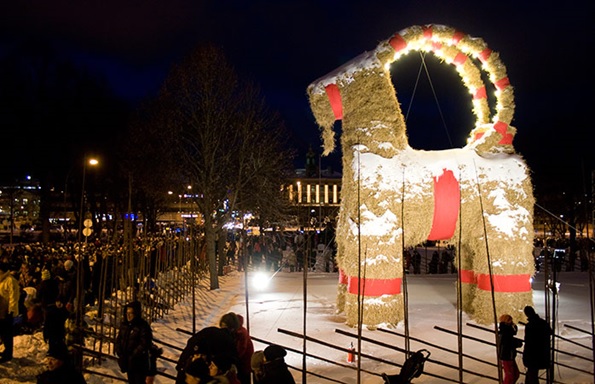 In 1966, a 13-metre-tall Yule Goat has been built and led by St. Nicholas in order to control the devil. During the 17th century, young men used to dress as the Yule goat and demanded gifts while pulling pranks to the locals. In 19th century, the goat became a gift giver and reintroduced itself as the “good guy” and instead of Father Christmas, men would dress up as the Yule goat and gave gifts to their families. Through the years, the Yule Goat has changed many times until it reached its today’s form as a Christmas ornament on Sweden trees. 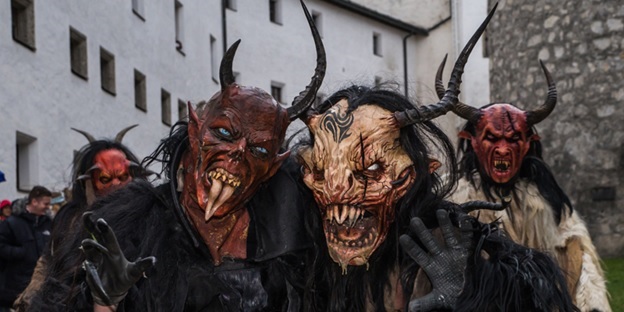 A morbid creature called ‘Krampus’, the evil accomplice of St Nicholas, roams the city streets in search of badly-behaved children in order to punish them. While St. Nicholas rewards nice little boys and girls, in Austrian tradition, Krampus is said to capture the naughtiest children and whisk them away in his sack. During the first week of December, young men dress up as the Krampus frightening adults and children with jangling chains and bells. 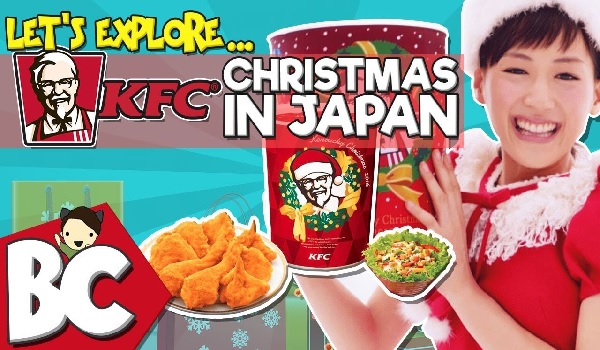 Christmas was never been a big deal in Japan as it is for the rest of the world. Besides a few traditions such as giving gifts and light decorations, Christmas remains largely a new tradition in the country. Nevertheless, there is a new, peculiar “tradition” which has emerged in recent years, a Christmas Day feast of Japan’s local Kentucky Fried Chicken. The festive menu will soon be advertised on the KFC Japan and even if you don’t know Japanese, the food in the above picture sure look delicious with everything from a Christmas-themed bucket to a premium roast-bird feast. 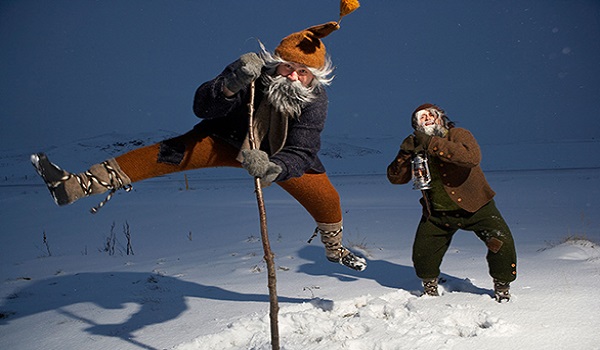 One of the most fun and mischievous Christmas traditions is the Icelandic Yule Lads. During the 13 days and nights leading up to Christmas, 13 tricky troll-like characters come out to play in cold Iceland. The Yule Lads pay visits to the children. Every day of the Yuletide period, children place their finest shoes by the window and a different Yule Lad visits and leaves gifts for nice boys and girls while the naughty ones get rotting potatoes. Dressed in traditional Icelandic costume, these lads are pretty playful, and their names indicate the trouble they will cause:  Ketkrókur (Meat-Hook), Gluggagægir (Window-Peeper), Þvörusleikir (Spoon-Licker), Pottaskefill (Pot-Scraper), Askasleikir (Bowl-Licker), Hurðaskellir (Door-Slammer), Skyrgámur (Skyr-Gobbler), Stekkjastaur (Sheep-Cote Clod), Bjúgnakrækir (Sausage-Swiper), Giljagaur (Gully Gawk), Stúfur (Stubby), Gáttaþefur (Doorway-Sniffer) and Kertasníkir (Candle-Stealer). If you visit Iceland this Christmas make sure to catch them all! 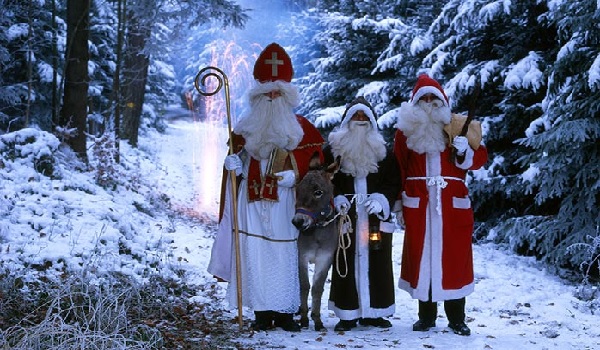 St. Nicholas with his three pals Santa Claus, Knecht Ruprecht and a cute donkey are legends in Germany. Not to be confused with Father Christmas, Saint Nicholas travels with his donkey in the middle of the night on December 6th and leaves treats such as coins, chocolates and toys in the shoes of the well behaved kids, especially in the Bavarian region. Generally, Saint Nicolas is a great guy but he isn’t always fun and games. St. Nicholas often brings a devil-like character dressed in dark clothes and with a dirty beard, Knecht Ruprecht who carries a small whip in hand and “punishes” children who misbehave. 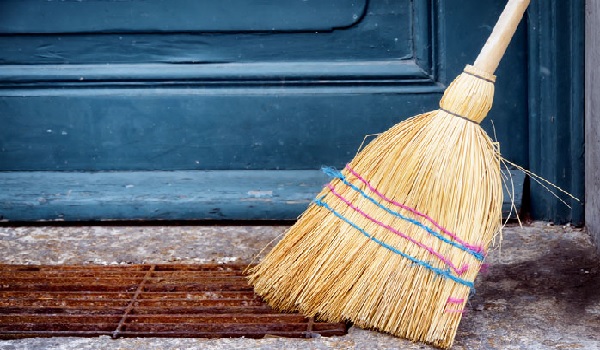 This tradition comes from Norway and is quite unorthodox! During Christmas period, people hide their brooms to avoid having them stolen. It’s a very old tradition that goes back in a time where people used to believe in witches and evil spirits. It was believed that the evil spirits and the witch were coming out on Christmas Eve to find brooms to ride on. This tradition is somewhat still an active one up to this day; people still hide their brooms in the safest place in the house. This old tradition is both fun and weird and has its origins in Spain. A pickle ornament is hidden somewhere on the Christmas tree for someone to find. The first person to discover the pickle ornament among all the others will receive an additional gift on Christmas. 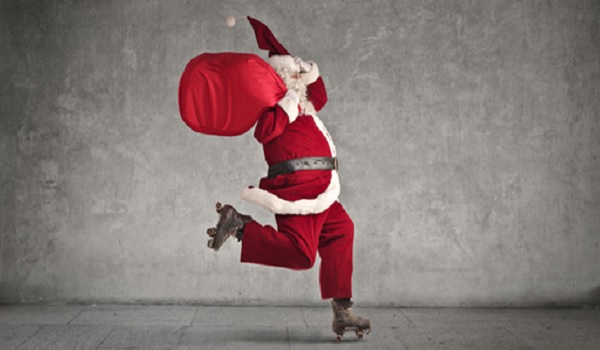 On Christmas morning, people of Caracas, put their roller skates on and “roll“ their way to the church! Nowadays, this particular tradition is so deep-rooted that some of the city’s roads are not open to traffic from 8am on Christmas day, so that the roller skaters can safely get to church. What is more, children usually sleep with one lace from their skates tied around their toe and the other skate hanging out their window so that their friends can wake them up with a friendly pull of the lace. 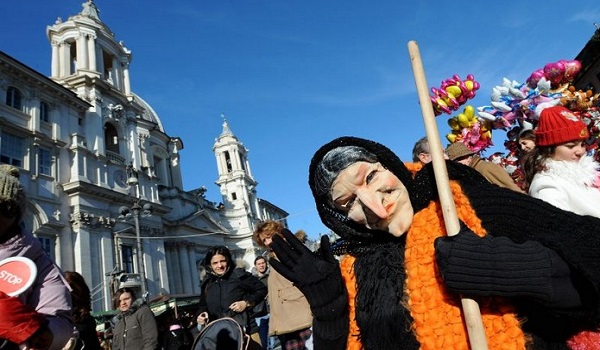 An Italian tradition going way back! In Italy, kids will go to bed not waiting for Santa Clause but his competitor, a magical being called La Befana! As mentioned in Italian urban myths, an old witch portrayed as an old lady on a broomstick, brings presents and sweets to kids on Epiphany Eve on 5th of January. La Befana is often covered in dirt due to the fact that she enters the houses from the chimneys.  Similarly to the western world’s tradition of leaving milk and cookies for Santa Clause, kids in Italy leave food and wine for La Befana. 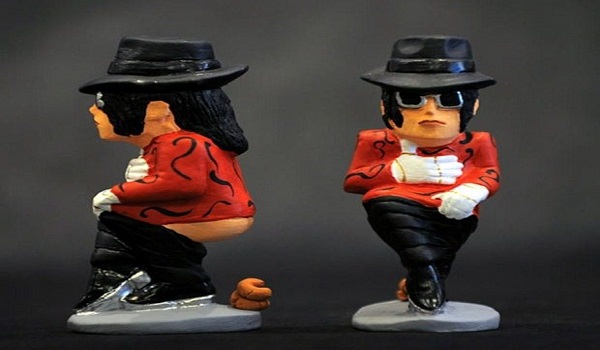 Last but not least, our personal favorite and weirdest tradition, the Pooper, comes from Catalonia, Spain. In Catalonia, is quite common to decorate the traditional birth scene with an extra ornament, or rather an extra figurine. Known as El Caganer, the additional figurine is also called “the pooper.” While traditionally the birth scene includes the figurine of the shepherd, modern-day figures can be of various personalities as seen in the above picture!

What more can we say besides Merry Christmas to everyone, may your holidays be filled with Love, Health, Happiness and Happy Smiles!! Open your heart to the magical Christmas glow and remember to check out the said traditions if you happen to travel in any of the above countries.