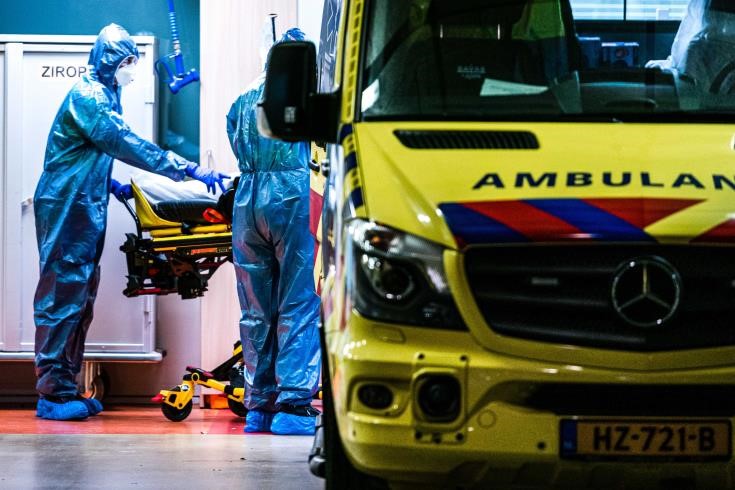 The British Bases in Cyprus go hand in hand with the Republic of Cyprus in the fight against the spread of COVID-19, SBA Administrator, Major General Rob Thomson, has told the Cyprus News Agency (CNA), noting that the Bases have been implementing the exact same measures as the ones adopted by the Republic of Cyprus.

He also thanked all of the nearly 1000 Cypriots who work for the Bases for their ‘incredible’ work and noted  that any personnel who have to remain at home to look after their children or because they belong to the vulnerable groups and can’t work, will still get their full pay, and will be able to return to their work when this coronavirus crisis finishes.

The new movement restriction measures that were put into force on Tuesday apply for all military and civilian staff, family members and the people who live in the Bases, the SBA Administrator noted. “The measures need to be in step with the Republic of Cyprus so that we provide the best possible protection to the people of this island. We need to do this together. That is really important,” the Major General stressed.

Moreover, he noted that the British Bases are in constant contact with the Republic of Cyprus, the Foreign Ministry and the Health Ministry, updating each other on developments related to the COVID-19 issue. We exchange information, we are transparent in what we are doing, he added.

Currently there are three confirmed COVID-19 cases in the Bases: two military people, members of the Royal Air Force and one family member. Two cases were confirmed on the 15th of March. One case was confirmed on the 19th of March, the SBA Administrator said, adding that so far there were 146 also negative tests, while the results of 129 tests are still pending. The tests are carried out by the Cyprus Neurology and Genetics Institute and this is something for which we are grateful, he noted.

Major General Thomson said that the three people in the Bases who tested positive to the virus remain in isolation, have mild symptoms and are given the right medical advice.

Asked about the crossing points in the SBA areas, he noted that Strovilia and Pergamos crossing points “are effectively closed, as we have put the same measures in place with the Republic of Cyprus.”

Furthermore, he said that people coming back from the UK to the Bases go into 14 days of isolation, adding that “we have reduced the number of people coming to the island so only people who are operationally essential come”.

He also noted that he met with local mayors of communities within the SBA, taking the necessary precautionary measures, and briefed them upon the measures taken.

Thomson said that many of the Bases staff members are now working remotely. There are some people who can’t work remotely but we are reducing to a minimum the number of people in the units to make sure that we protect ourselves, he added.

Asked about the medical supplies at the Bases he said that at the moment the situation is good, and when necessary they can bring in supplies from the UK.