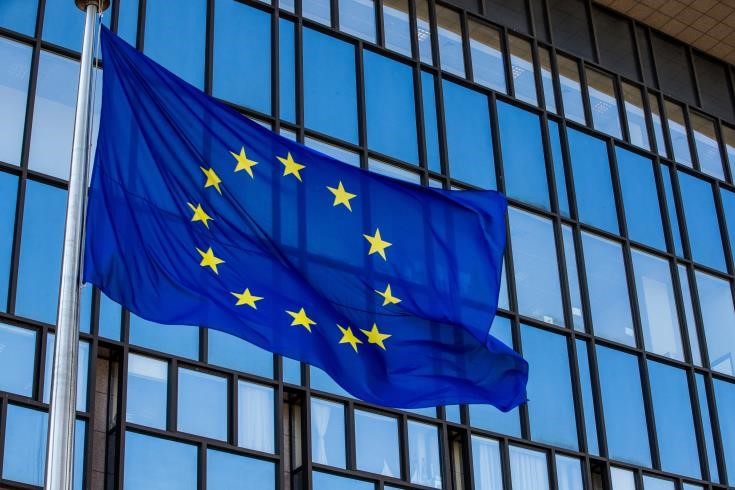 Thierry Breton and Paolo Gentiloni, Commissioners for the Internal Market and the Economy call for the creation of a “fourth pillar” to provide European funding to thee Member States in order to support the real economy, in addition to the ESM, the EU Budget and the ECB`s liquidity tools.

In their OP-ED published in Cyprus by CNA, the two Commissioners are sounding the alarm about the magnitude of the challenge to the economy from the Covid-19 pandemic and urge Member States not to miss this historic opportunity.

In detail, the two Commissioners state the following:


Faced with one of the greatest tragedies we have confronted in decades, Europe has no choice but to show unity and solidarity. The nature and scale of the Covid-19 crisis call for a historic mobilisation of EU Member States and the European Union in terms of governance, determination and resources. Everyone now recognises that no country, no continent, can face the coronavirus health challenge on their own. And no country or continent will be able to face and overcome, alone, the economic challenge given that nearly four billion people – half of humanity – are now living in confinement.

European countries have been quick to put in place emergency plans to cover the cash flow needs of businesses that have reduced output or temporarily shut down. Access to liquidity is absolutely key. It is therefore vital that these companies can receive swift help from banks, via state-guaranteed loans. The European Central Bank, for its part, immediately committed an additional EUR 750 billion to purchase debt issued by the Member States and the private sector. Finally, and as provided for in EU legislation, Ursula von der Leyen`s European Commission temporarily suspended the EU’s fiscal rules to allow countries to spend what they need to face these exceptional circumstances.

This first, front-line response was essential to give ourselves the means to ensure financial security and economic survival. But we must now go further to put a stop to the crisis, to protect companies and workers, and then relaunch, country by country, the EU’s industrial base and its internal market. It is up to each Member State, of course, to design its own recovery plan and to assess how much extra financing will need to be raised on the markets. Because of their respective financial situations, no European country, northern or southern, has the means to deal with such a shock on its own without issuing additional debt. Not one.

Three principles must guide us as we assess how to deal with the financial challenges facing the EU:
– no country should be left behind;
– no economy should be an isolated victim of the pandemic;
– all EU countries must have fair access, under comparable conditions, to the financing needed to fund their plans.

One thing is certain: the overall financing needs of the 27 EU countries must be commensurate with what is at stake. Thus, the German plan for additional debt issuance of 356 billion euros voted by the Bundestag (n addition to the 600 billion euro rescue plan that Germany had already put in place, including 400 billion euros of guarantees) represents 10% of its GDP. If we were to apply this 10% to the European Union, the additional financing requirements could then be in the range of 1,500 to 1,600 billion euros, to be injected directly into the economy.

In addition to the instruments and means made available by the ECB, such an amount implies finding additional tools to ensure equal and fair access for each Member State to the debt needed to finance its respective plan. This principle is essential to ensure a “level playing field”, between EU Member States, of course, but also between Europe and the United States, whose plan has already been implemented. And as with the United States, there is only one window of opportunity: it is now, not in six months` time.

This additional support can come from non-conventional instruments, existing or not, which would allow us to go further. For example, through using the European Stability Mechanism in an innovative way and with adapted conditionality criteria, eased and refocused on the response to this crisis. Or the European Investment Bank, which could mobilise additional guarantees and see its firepower increased within a timeframe that reflects the urgency of the situation. All this could complement the EUR 100 billion mechanism that the Commission has just proposed to help workers maintain their incomes (SURE).

However, given the amounts involved, a fourth pillar of European funding will be necessary. Like the ECB in the monetary and financial sphere, EU Member States must now show a common spirit of decision and innovation. This could for example take the form of a purpose-built European fund that could issue long-term bonds. One could also envisage allocating tax resources to such a non-conventional financing instrument. It could have a governance system that would avoid any moral hazard, particularly with regard to the objectives of the financing, which could be strictly limited to joint investments for economic recovery linked to the current crisis. Given the urgency and scale of the needs, this idea would make it possible to anticipate and then supplement the increase in the EU budget that President von der Leyen has called for. Time is running out. The circumstances call for creativity.

Europe has learned from previous crises. Faced with the crisis we are now entering, it will not miss this rendezvous with history. We are confident that Europe will be able to show unfailing solidarity and emerge strengthened from this unprecedented situation.”