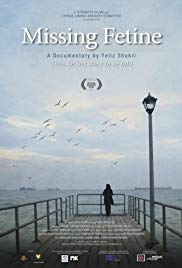 Pembe Mentesh, an Australian born Cypriot, once relocating to Cyprus, sets out to find out the fate of her great aunt Fetine, who was forced into marriage and sent to Palestine, never to be seen again. Forced to marry at a young age, Fetine Memish left for a foreign land and never saw her family or homeland again. Her plight and that of too many other girls from the Turkish Cypriot community who left under similar circumstances is explored when her brother’s granddaughter begins a search to find her.