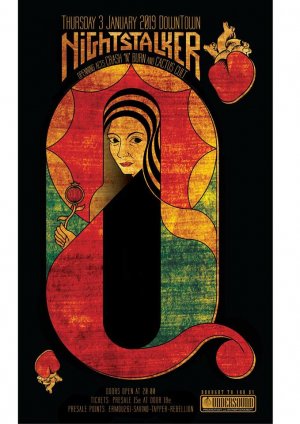 Formed in 1989 by the lead singer and percussionist Argy, Nightstalker became popular in the underground rock scene as pioneers of the ‘heavy rock’ scene (later named as stoner rock) and have earned a cult following. Having a classic rock and metal background, and influenced by the grunge rock of the early 90’s, the band managed to mix the raw rock ‘n roll simplicity with heavy riffs and hazy, psychedelic tunes.