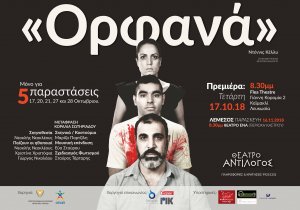 Helen and her husband Danny are celebrating the news that Helen is newly pregnant with their second kid with a quiet night in, but it’s interrupted by Helen’s brother Liam, who arrives, covered in blood claiming to have found a young lad injured on the street. Liam’s recollection of the event begins to change under questioning, suspicions are aroused followed by increasing concern that he may have been more involved than first thought. Liam explains the events stage by stage, causing him to accidentally reveal that he committed a racially motivated  hate crime. Helen coerces Danny to intimidate Liam’s victim in order to stop him from going to the police. When Danny and Liam come back, Helen orders Liam to leave their home. Danny, shaken by what he is done and disgusted by Helen’s morally bankrupt behaviour over the course of the night, tells Helen he wants her to abort her pregnancy.