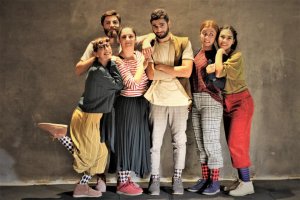 Reconstructing the myth of Pied Piper of Hamelin, Thomas Moschopoulos presents a play for all ages that addresses the democratic principles, the role of political leaders in each democratic state, as well as the voters’ responsibility.

Travelling through time, spectators are given an opportunity to save the innocent kid they betrayed whereas growing up. Setting the action during a theatre-within-the-theatre, the director enables the viewers to settle on the end of the story, as well as to reflect and retell their own version of it.