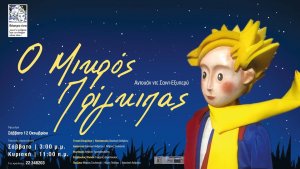 The performance is based on the novella of the same name by French aristocrat, writer, and aviator Antoine de Saint-Exupéry. The Little Prince became Saint-Exupéry’s most successful work, selling an estimated 140 million copies worldwide which makes it one of the best-selling and most translated books ever published.