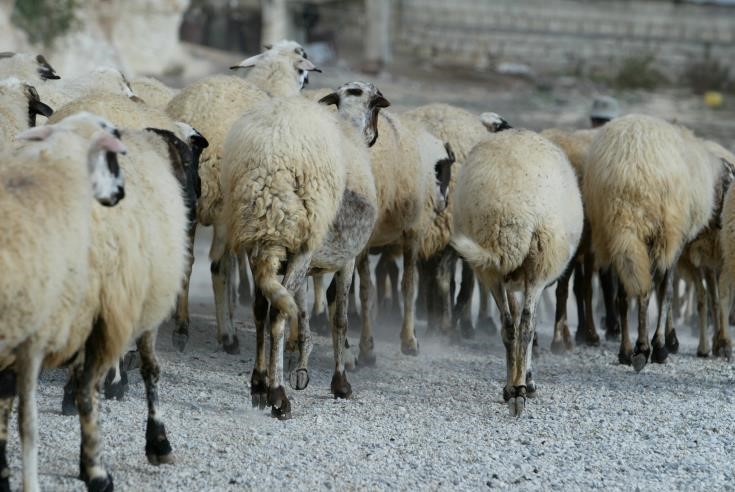 With a bill approved by the Cabinet and forwarded to the parliament for voting, the Ministry of Agriculture aims to help Cyprus’ farmers affected financially by COVID-19 to export kosher sheep and goat meat to Israel.

According to the bill, the existing law is amended to allow slaughtering animals in accordance with traditional Jewish practice (kosher) and the possibilities provided by EU Council Regulation (EC) No 1099/2009 of 24 September 2009.

The aim of this temporary, according to the bill, measure is to address the negative effects of the reduced demand of meat resulting from the implementation of measures to address coronavirus pandemic in Cyprus. It is also clarifies that this amendment is adopted as an emergency measure to deal with the effects of the pandemic and will be valid until 31.12.2020.

The producers demanded this possibility from the Ministry, as a way out from the problems arising from the reduced demand due to the closure of hotels and restaurants amid the coronavirus pandemic in Cyprus.

As General Secretary of Panagrotikos Farmers Union, Tasos Yiapanis told CNA, due to the situation, meat traders where offering to farmers prices below their cost. The option of exports to Israel, as he said will help around 2,500 farmer families, to secure a better price for their livestock. He also said that it will also benefit the Cypriot economy, bringing revenue and foreign exchange to the country.

However, General Manager of Miloubar Cyprus LTD Costas Constantinou, a firm representing a large Israeli consortium in Cyprus, expressed a different view. He said that kosher and halal slaughter is allowed by European directives, in all European countries and it is also a request of the Jewish community in Cyprus. In case kosher slaughter are allowed in Cyprus, Miloubar Cyprus LTD will buy the meat to export it in Israel. He argued that this method is not contrary to animal welfare, since there are no mass slaughters and are carried out by qualified ravines making it less painful for the animal.

Both Constantinou and Yiapanis stressed the importance of extending this opportunity to Cypriot famers and beyond the current crisis, as this meat could also be exported to other countries besides neighboring Israel, while it can also be used for the needs of the domestic Jewish community and the significant number of Israeli tourists who visit the island every year.